Why is my picture so dark?

Why is my picture so bright?

Both questions can be answered with one thing: Exposure.

In the early days of photography, a piece of film was exposed to light to create an image. The iPhone camera, and every digital camera, works instead by exposing a digital sensor to light. When light enters through a camera's lens, it hits the sensor and an image is recorded.

But exposure is a bit more complex than simply light entering the camera. Too much light will leave an image blown out, with complete portions lost in a white mass. To little light, and the image is left looking dark and gloomy. Three different factors affect how much light enters the camera, which in turn effects how light or dark the final image is: shutter speed, ISO, and aperture. Each of these three settings work together to determine an image's exposure, or just how bright or dark the photo is.

In this article, we'll go over the basics of exposure.
What is Exposure?

The word photography is actually two Greek roots put together: Photo-, which means light, and -graphy, which means to write. Photography, then, literally means writing with light.

Exposure is the general term used to describe how much light enters the camera for a single photo. That term can be used to create two more:

Overexposed means there is too much light in the image-or the photograph is too bright. 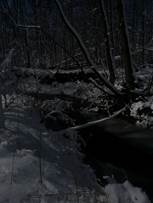 Underexposed is the exact opposite-there isn't enough light in the image; it's too dark.

But exposure errors will create more issues than simply an image that's too dark or two light. Overexpose an image too much, and the details in the brightest portions of the image will be lost-you can't even get them back through the best photo editing apps. The same holds true for underexposing an image-if you loose too many details in the dark shadows, you can't fix the issue later on.

Under the default settings, your iPhone's meter will measure the light from the entire scene. On a DSLR, the same setting would be labeled as matrix or evaluative metering, because the entire scene is evaluated to take the picture.

Spot metering on the iPhone is actually pretty simple. You can touch the screen to focus on a certain object. That feature will also activate spot metering, basing the camera's exposure settings on the object you just touched, so it's not too dark or too light. In some camera apps, you can set the spot meter and the focus point separately-so you can measure light off a different portion of the image than the part that's in focus.

The iPhone's light meter, like other cameras, doesn't exactly measure light in the way you think it does, though-that's why sometimes auto images are too bright or too dark. The meter reads the light that bounces off of objects and color plays a big role on how much light the meter "sees." If there are a lot of white objects in the photo-for example, shooting a snowy landscape-the meter will think the scene is much brighter than it actually is. Because all that white tricks the meter into thinking the scene has more light than it really does, you end up with a dark picture, sometimes even if you use spot metering.

On auto, that meter guides the camera into choosing the exposure settings that work for that particular scene, whether that's outside on a sunny day or in a dark concert hall. In many cases, auto modes work well. But, besides not offering any creative control, auto can also fail to get a good exposure-that's where exposure compensation and manual modes comes in.
Want to learn more? Take an online course in Digital Photography with the iPhone.
What is Exposure Compensation?

Written as a negative number, like -1 EV, exposure compensation doesn't double the amount of light that the camera records, but cuts it in half. If the image appears too dark, use a positive number; too light, a negative one.

Exposure compensation is adjusted in increments of 1/3-so you don't have to double the amount of light and you can increase or decrease it by smaller amounts.

Use the touch-to-focus feature, then sliding up or down to lighten or darken the image. That is just a simple form of exposure compensation, without all the numbers thrown in.

Exposure compensation basically tells the automated mode to expose the image more or less. While exposure compensation is a handy tool, it's not a substitute for using manual modes, which gives the photographer full creative control over the image. Learning how to use manual mode first involves understanding three important exposure tools: shutter speed, ISO and aperture.
What is shutter speed?

When a typical camera takes an image, a part called the shutter opens to let light in through the lens. When that shutter is open, the image is being recorded, when the shutter closes, the picture has been completed.

But the shutter in the iPhone, and most other smartphones, works a bit differently. To pack all of the technology into a small phone, there's actually no room for a physical moving part to open and close. Instead, the iPhone uses an electronic shutter.

Whether you use a camera that has a physical shutter, or the iPhone's shutterless camera, the amount of time that the sensor is exposed to light is referred to as shutter speed. Any time the shutter is open, or the electronic sensor is receiving the signal, an image is being recorded. Shutter speed can vary widely, from just a fraction of a second to several minutes long.

Take a look at how this photo, taking indoors in limited light, looks with a 1/30 second shutter speed: 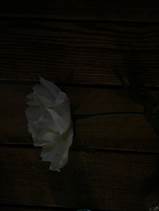 Now take a look at the same image, adjusted to a much slower 1/3 second shutter speed: 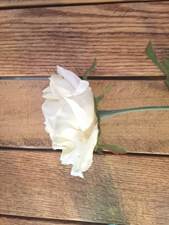 The difference in quite noticeable. If a photo is too dark, reducing the shutter speed (so the sensor is exposed for a longer period of time) will correct the issue.

The movement of the camera will create blur too. Even the slightest movement in your hands will introduce blur to the entire image at longer shutter speeds. When using a longer shutter speed, a tripod is essential to prevent blur. Ideally, if you don't have a tripod, you should try to keep the shutter speed at or above 1/30 on the iPhone.

But, what happens if you are photographing action in limited light? You can't lower your shutter speed to brighten up the image, or you'll end up with blur. Remember, there are three factors that affect exposure-so when you can't adjust the shutter speed, you'll adjust ISO.
What is ISO?

The digital sensor inside your iPhone captures light-ISO determines just how sensitive the sensor is to light. A low ISO setting, like ISO 50, isn't very sensitive to light, so the image will be very dark if there isn't enough light in the scene. A high ISO, on the other hand, like ISO 1500, is very sensitive to light. Even if there isn't very much light in the scene, a high ISO of 1500 will capture much more light, because the camera's sensitivity has increased.

If you take an image and it is too dark, turning the ISO up will lighten the image, helping you achieve a proper exposure. If on the other hand the image is too bright or overexposed, you can turn the ISO down to fix the issue.

But just like low shutter speeds risks blur, there's a compromise with ISO as well. High ISOs will produce what's called noise or sometimes grain. Noise is a type of image distortion that looks like lots of tiny dots.

Take a look at what happens when we zoom in to the overexposed image we shared earlier, which was shot with a high ISO of 2000: 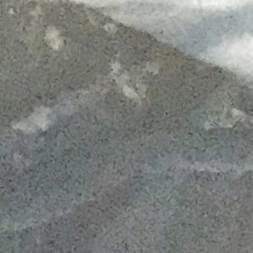 See all the tiny dots in the photo? That's noise, and it's the trade-off for increasing the camera's sensitivity to light. Shooting at a high ISO reduces the image quality by introducing noise.

Take a look instead at the same section of the image at ISO 32: 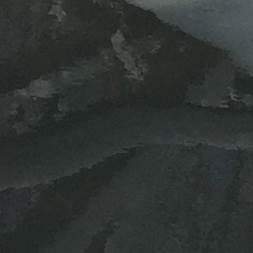 The photo is a bit darker, but you can't see those tiny dots anymore. If you look closely, you can see more detail in the shot with the low ISO, making out the outlines of the branches reflected in the water.

Using shutter speed and ISO together, you can take images that aren't too bright or too dark. As you choose the shutter speed and ISO, you need to determine what's more important, freezing the motion, or getting a clear image with little noise. When you are photographing action, avoiding blur is more important, so you'll use a higher ISO when photographing a moving subject. But if there's nothing in the frame that's moving, you'll get much better image quality by using a low ISO and a low shutter speed, since there's nothing in the photo to blur anyways.

The settings you choose will also depend on how much light is in the scene-outdoors during the day, you can use both a low ISO and a fast shutter speed. When indoors or shooting night scenes outdoors, you'll need to use a much higher ISO.
Aperture (and the iPhone's Fixed Lens)

But wait, didn't you say there were three settings that adjust the exposure? 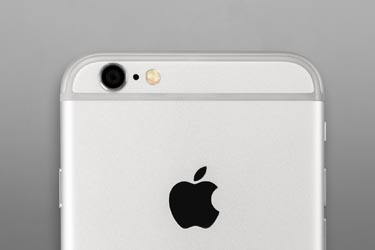 The iPhone lens, however is fixed-the aperture won't change. That means that when adjusting the exposure on a DSLR, you have three settings to work with, but on the iPhone you just have two.

The good news is, the aperture on the latest few iPhone models is pretty wide, so the lens does well in limited lighting. And while the flexibility of having one more setting to adjust would be nice, that also means you really only need to remember two factors for adjusting exposure: shutter speed and ISO.