From daily interactions with strangers on the street to the way you present yourself in the board room, the way you communicate is a reflection of who you are and the way you establish relationships with those around you.

Communication influences all factors of your life. From daily interactions with strangers on the street to the way you present yourself in the board room, the way you communicate is a reflection of who you are and the way you establish relationships with those around you.

Although there are many sides to communication (including verbal interactions, nonverbal cues, and even using technology to maximize impact), there are a few basic fundamentals that span across the nation and around the globe. By understanding the way you communicate and increasing your knowledge of conflict resolution and negotiation, you can increase your probability for success with others.

Whether you are working in the business community, strengthening your personal relationships, or simply seeking to increase your comfort in reaching out to others as a whole, effective communication is your bridge from potentially hazardous misunderstandings to personal--and professional--success.

Communication with Diplomacy and Tact

How to Deal with Difficult Personalities

Communication is more than just the act of talking. For true communication to happen, ideas have to be shared and understood among people. While talking is certainly one of the most obvious methods we use to relate thoughts and ideas to one another, it is not the only form of communication we use regularly. Have you ever had an entire conversation without even speaking a word? A glance here. A head nod there. Maybe a couple of gestures. Without even opening your mouth, you can communicate entire thoughts to other people.

There are a number of ways to define communication styles. It seems that every self-help or public speaking book has yet another way to categorize the ways people prefer to communicate. The labels placed on the various communication styles are much less important than taking the time to simply consider what your own style might be. The more you know about the various styles of communication, the more effective you can be, not just in making your own points, but also in understanding what others are trying to communicate to you.

One common method for determining communication styles is to break them down into the following categories: Passive, Aggressive, Passive-Aggressive, and Assertive.

Those who use a passive style of communication often keep their own feelings hidden from others. The goal with this type of communication is to avoid conflict. Rather than risk causing some sort of upset, the Passive Communicator will avoid expressing his or her own opinions and will accept those of others instead. 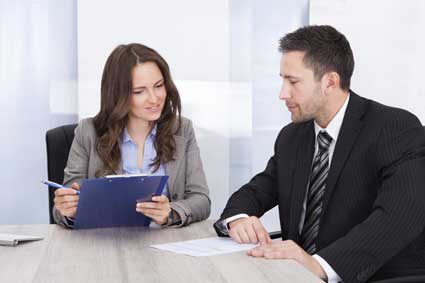 If the Passive Communicator does choose to express an opinion, it will usually be done very quietly, and he or she is unlikely to defend it very strongly. In addition to a quiet tone of voice, passive communication can be recognized by the way in which the individual avoids eye contact. Because the Passive Communicator is so concerned about avoiding conflict, he or she is constantly holding back personal opinions in favor of those of others. This is the person who doesn't want to "rock the boat."

This inability to stand up for oneself has some major disadvantages, though. Unfortunately, someone who always engages in passive communication may eventually "blow up" from the pressure of always deferring to other people's ideas and opinions.

The Passive Communicator tends to get very little accomplished. He or she doesn't offer ideas on how to do things better or more efficiently, for example. In an effort not to be singled out, he or she is unlikely to do an exceptional job in the workplace.

Aggressive communication has a lot to do with trying to protect one's own ideas and opinions. The Aggressive Communicator is so concerned with having his or her ideas accepted that they often do so at the expense of others. This person tends to look at every situation as if it is a battle, and he or she wants to win.

This type of communication generally includes the use of a loud voice. In fact, Aggressive Communicators may often appear to be quite angry. This is because they know that others are less likely to question them out of fear of being attacked. Eye contact is often used in a way that makes it intimidating. The words used may also be quite intimidating, and an Aggressive Communicator can go so far as to verbally abuse others.

The Aggressive Communicator will use manipulation to get his or her way. This might include attempting to make others feel guilty, or trying to control their actions. These people will often go so far as to use covert tactics to be sure that things are done their way. While these methods may work on the surface, they do little to foster any real relationships. While the Aggressive Communicator may be getting a point across, he or she is likely not hearing and accepting the ideas of others. This leads to a lack of respect and trust from friends, family, co-workers, and customers.

While passive communication and aggressive communication are very different from one another, they can actually be combined to create a third communication style. Passive-Aggressive Communicators tend to avoid obvious conflict, but there is still a need to manipulate the situation. In many cases, there is some sort of "payback" given in return for having their opinions overlooked. The individual appears to go along with decisions but does so in order to get revenge later. 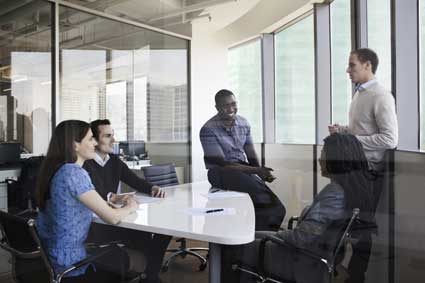 Some of the common tactics of the Passive-Aggressive Communicator are to agree with others to their faces and then belittle them behind their backs. Sarcasm is one of the biggest tools for this type of interaction. Passive-Aggressive Communicators may enjoy watching others fail because things were not done their way in the first place. Back-handed compliments are another tactic employed.

Passive-aggressive communication has a lot to do with sabotage. The individual may feel powerless and therefore finds ways to subtly manipulate the situation. Passive-Aggressive Communicators don't feel like they can directly confront the cause of their frustration, so they do their best to "get back at" it. This can extend to gossiping and finding ways to disrupt others. 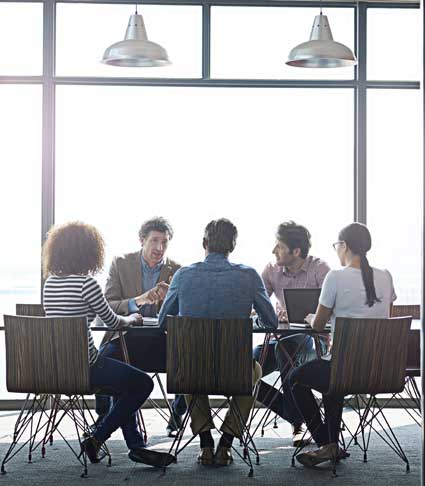 Many of the tactics employed by Assertive Communicators will be covered throughout this course, but some of them include things like using a calm, clear tone of voice, actually interacting with others, not interrupting, avoiding manipulation (either manipulating others or being manipulated), using good eye contact, and remaining in control of one's self. This leads to communication that is a two-way street, and the Assertive Communicator is likely to garner respect from those around him or her. This also allows for growth, as everyone involved is allowed to hear different opinions and share their own thoughts and ideas.

Assertive communication is also the best choice, because it avoids a lot of the emotional outbursts that are prevalent with the other types of communication. It is easier to solve problems when they do arise. It can be difficult to stay on track, however, especially when dealing with different types of communicators. It is important to avoid getting defensive, and to try to remain as objective as possible. It is possible that someone else's idea really is better than yours. On the other hand, it's possible that you have the best idea in the room, and the Assertive Communicator will advocate for it.

If communication is just getting shut down, the Assertive Communicator may have to stop the conversation and pick it up another time when tempers aren't flaring. It's best to validate the other people's experiences and feelings by saying things like, "I can see why you feel that way." This means that the Assertive Communicator must also be willing to hear what others have to say, and it's possible that others will have good points. This type of communication is effective, because both parties are willing to look at themselves and change or compromise when the situation calls for it.

This lesson will help recognize four of the major communication styles. Each style serves a different purpose, and you will be able to identify those and understand which is the most effective. 101 Total Points

This lesson will break down verbal communication into various subcategories. It will help to find key areas for improvement when misunderstandings arise. 100 Total Points

This lesson will help you learn to use nonverbal cues to better understand others. Likewise, you can hone these skills to be sure you are effectively communicating your ideas. 90 Total Points

This lesson will address the different components of written communication. It will enable individuals to use writing to maximize their ability to communicate for personal and business reasons. 100 Total Points

This lesson teaches the most important skills required to use conversation as an effective form of communication. Mastering conversational skills makes you more interesting, and more likely to truly experience two-sided communication. 90 Total Points

In this lesson, you will learn more about group dynamics and how to use them to your advantage. Groups have very specific ways of interacting, and anticipating this can be invaluable in making sure the group actually is effective. 100 Total Points

In this lesson, you will learn more about the technology currently available to make communication faster and easier. You will also learn what kinds of repercussions this access to instant communication has on business and personal relationships. 70 Total Points

The goal of this lesson is to learn to recognize where there might be breakdowns in communication. By knowing what problems you are facing, you are more prepared to avoid them altogether. 102 Total Points

In this lesson, you will learn about the field of cross-cultural communication. You will discover what types of barriers to expect, and what you can do to overcome them. 100 Total Points

In this lesson, you will learn how to handle disagreements before and after they occur. 110 Total Points

In this lesson, you will learn the basics of negotiation. It will also pull together some of the skills you have learned throughout this course and show you how to utilize them to reach a specific goal. 100 Total Points

In this lesson, you will learn how to offer and receive constructive criticism. You will also learn the dynamics of the critical relationship. 147 Total Points
1210
Total Course Points