Browse Courses My Classes
How to Calculate Momentum and Energy

A. Momentum. Overview and Definition

The reason why the term momentum is so often used in sports is that it conveys a sense of movement that requires a real concerted effort to stop, for example the Denver Broncos have true momentum this season; it looks as if they will go all the way to the Super Bowl.

But I bet you did not know that momentum originated as a physics term. Specifically, it refers to the quantity of motion an object possesses. Akin to a sports team on the move, an object that is in motion has momentum.

How much momentum an object has is dependent upon two variables:

Therefore, momentum depends upon the variables known as mass and velocity. The equation that represents this concept is written: momentum = mass x velocity. And because physics uses the symbol 'p' to indicate quantity momentum, the equation can be rewritten as: p = m'xv; where,m' = mass and v=velocity.
p (momentum) =m (mass) * v (velocity)
This equation expresses the central theorem of physics, that momentum is directly proportional to an object's mass and directly proportional to the object's velocity. The standard metric unit of momentum is the kgxm/s.

Momentum is a vector quantity. Essentially, a vector quantity is one that can be fully expressed by both magnitude and direction. To accurately and completely describe the momentum of a 10 kg bowling ball moving westward at 2 m/s, you must include information about both the magnitude of the ball and the direction in which it is headed. It is not enough to say that the ball has 20 kgxm/s of momentum because this does not fully explain the momentum by which the ball is rolling.

From the definition of momentum, we gain the understanding that should an object be gigantic in size or have tremendous mass then it inevitably will also have a notable momentum. This is because both variables (mass and size) are of equal importance when attempting to determine the momentum of an object.

Consider a Hummer vehicle and a person rollerblading moving down the street at the same speed. The considerably greater mass of the Hummer gives it a considerably greater momentum. Yet if the Hummer were at rest, then the momentum of the person rollerblading, albeit less weighty and massive, would exceed that of the Hummer, since the momentum of any object that is at rest is 0. When an object is at rest, it has zero momentum and zero mass in motion.

So, once again, both variables, mass and velocity, are of equal importance when comparing the momentum of two objects.

B. Momentum and Impulse Connection

In the previous sports analogy, we noted that once a team has momentum, it may be hard to stop. This analogy can be extended to objects in general.

To stop an object with momentum, it is necessary to apply a force against its motion (or momentum) for a set amount of time. The more momentum an object has, the harder it is going to be to stop.

Bringing an object with momentum to a halt may require either a greater applied force or a longer duration of applied force (or a combination of both). When the force exerts pressure upon the object, this changes the object's velocity, which in turn alters the object's momentum.

This concept can be applied to a number of everyday situations. Imagine driving down a residential street at a speed between 20 and 30 mph, because you are in a school zone. Out of nowhere, a ball rolls out in front of your car followed by a young boy chasing after it. Fortunately, you are able to stop before hitting him because you weren't going very fast to begin with.

However, imagine if you were on the expressway going between 65 and 70 mph and the same situation were to occur; it would prove much more difficult for you to stop because you were traveling at a significantly greater speed.

In both scenarios, the brakes of your car are the force that works against your momentum, but in the first case, you have less slowing down to do (and probably more time) than you would in the second situation.

The rule that applies is as follows: force acting in resistance for a given amount of time has the ability to change an object's momentum. In other words, an unbalanced force can either accelerate or decelerate an object.

This concept is consistent with Isaac Newton's second law. As Newton expressed in his second law (Fnet =mxa), the acceleration of an object is directly proportional to the net force acting upon the object and inversely proportional to the mass of the object. When combined with the definition of acceleration (a = change in velocity/time), the following equalities result:

When both sides of the above equation are multiplied by the quantity known as "t", the result is a new equation.

C. Impulse or Change in Momentum

When discussing momentum, a subject that tends to arise is that of collisions. Because the physics of collisions are governed by the laws of momentum, we know that there must be a law dictating the activities in an impulse-momentum change. Hence, the law that covers this area is as follows.

In a collision, an object experiences a force for a specific amount of time, which results in a change in momentum (the object's mass may either speed up or slow down). Impulse will be produced because of force applied to an object over a period of time.

Therefore, in a collision, objects experience an impulse; the impulse causes (and is equal to) the change in momentum. Consider a bumper car interacting with numerous other bumper cars. Initially, there is an impact and then a jolt backwards. On account of the collision, the bumper car loses its momentum or ability to go forward.

Energy is a very useful, albeit abstract, substance. Within physics, one of the most important concepts to internalize and utilize in all areas of the science is that the total energy of any closed physical system always remains constant. This is what is known as the "Law of Conservation of Energy."

Energy is measured in units of mass times velocity squared, or E = mc2. The common units of energy are the Joule and erg, as well as the Btu, calorie, and kilowatt hour.

In physics, the central measurement quantity is known as "work" (the product of applied force over a distance). It is comprised of units of energy. Quite notably, proving that heat is a form of energy was one of the most pivotal developments in classical physics and thermodynamics.

Energy is denoted by the product of real power and the length of time.

The two most common types of energy are kinetic energy (motion defined by mxv, where'm is the mass and v is the velocity) and potential energy (stored energy).

A store of energy is called a fuel. A high level of energy is stored in the following three fuels: coal, natural gas, and oil. Hence, these are the three most widely used and coveted energy sources in the world.

Unfortunately, when these fuels are burned in chemical or nuclear reactions to release their intrinsic energy, the original fuel mass is depleted and cannot be replenished without exerting more energy than the amount that would be obtained.

Laws of physics dictate that energy can change from one form to another and even into matter. Though there are various forms of energy, as we have previously mentioned, for example kinetic energy (motion), potential energy (stores), mechanical energy, and nuclear energy, we cannot draw energy to turn on the television or generate light from these sources. This is where electricity comes into the picture.

At present, electricity is the primary form of energy consumed by the world's population. Because of this mass consumption, power plants have been created to convert heat from burning biomasses and kinetic energy from falling water into electricity so that energy can flow through wires and into our homes. 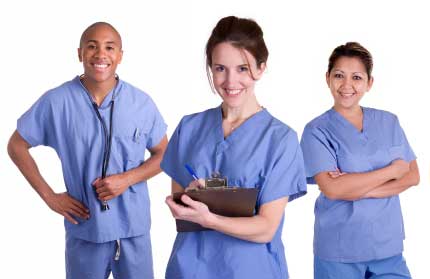 What is Kinetic Energy?

The Physics Behind Electromagnetic Waves

How to Teach Modals to ESL Students

How to Calculate the Chi-Square Statistic for a Cross Tabulation

The Laws of Reflection and Refraction

How to Calculate Similar Triangles in Geometry

The Mathematics Behind Acoustic and Electromagnetic Waves