Browse Courses My Classes
How to Add, Subtract, Multiply, and Divide Decimals

Notice that a number that is less than one and has no integers with it usually has a zero in the integer's place to the left of the decimal point.
There are number systems based on a different number of numerals. The best-known is the binary system which many computer systems use. It is based on two numerals ("bi-" means "two"), zero (0) and one (1). This course only covers base-ten operations.

Any number that is not a mixed numeral can easily be divided or multiplied by 10 simply by moving the decimal point in the number.

All numbers have a decimal point – even if you don't see it! If it is a whole number or integer such as 6, the decimal point falls after the number such as 6. If it is exactly 6, it can be written as 6.0. If you needed to multiply it by 10, you would move the decimal point to the right one place because 10 has one zero on it. So 10 x 6.0 would be 60.

To divide by ten or a multiple of ten, you move the decimal point to the left by the same number of places as the number of zeros or decimal places in the number you are dividing by.

If you have the number 475 and need to divide it by ten, you can use long division and it will look like this:

Want to learn more? Take an online course in Basic Math.
If a number already has a decimal point in it, start with that decimal point and move it right if multiplying and left if dividing.

In this case, the decimal came out even at the thousandths place. For this course, the fractions will come out as even decimals or you will be told how many places to express. You will have to work out the decimal one place beyond that in order to round off properly.

As long as each of the numbers you are adding or subtracting has the same number of decimal places, the addition or subtraction is fairly easy. 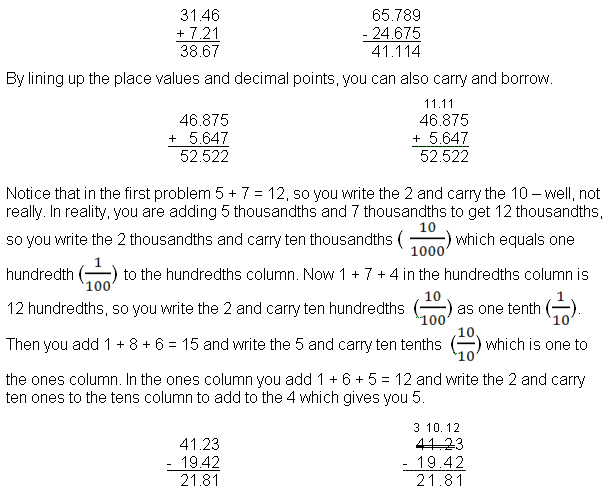 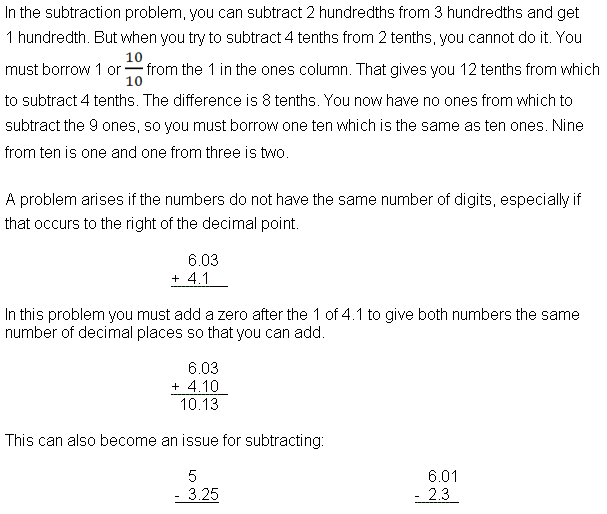 When you multiply decimals, do not align the decimal points. Simply line up the numbers along the right hand side of the problem. Then multiply just as you would if the numbers were all whole numbers and add at the end. After that count how many decimal places the two factors have (start at the far right of each number) and then give the answer that total number of decimal places. 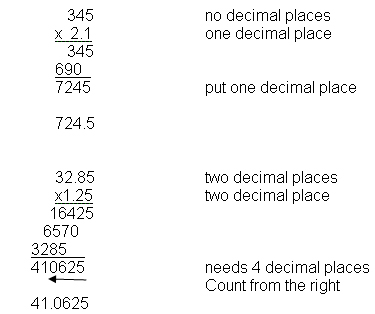 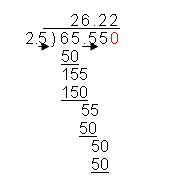 How to Find the Domain, Range, and Roots of Polynomials and Rational Functions

Understanding Variable Use in Algebra

Awareness of the Debt Spiral Signs

Math Skills: How to Do Multiplication