Even if you use perfect grammar and punctuation when you write, you will only be able to churn out average, or even poor writing, if you do not know how to use the sentences properly to get your point across. By the same token, if you can write lyrical sentences, but you string them together into paragraphs that are a tangled mess, the sense and impact of each sentence will be lost.

There are certain common mistakes that writers make that do not seem likely to go by the wayside any time soon. Editors and publishers can pick them out at a glance and identify each type of mistake. These mistakes often separate the amateurs, who become rejected writers, from the professionals, who more likely will become published writers. Readers, on the other hand, do not usually recognize the specific mistakes in a document the way an editor or publisher would. They just simply know that the writing does not "flow," or that the material seems awkward or stilted. That is usually enough to make them avoid reading anything by that writer or author ever again because it is too difficult to follow. When you, as a writer, learn how to avoid these writing errors, your writing will be more polished, interesting, and professional to editors, publishers, and readers alike.

The sentence is the basic building block for the paragraph, and paragraphs combine to tell a story. If your sentences are poorly constructed, the reader soon loses interest, no matter how interesting the information contained in the paragraph might be.

Short sentences are great for getting your point across clearly, but if you have a longer document, short sentences start to sound choppy. Readers will get frustrated and irritated. A lot of short sentences together slow down the flow of reading and become boring. Read the following group of sentences:

Now try reading the same passage with a variety of sentence structures. This passage employs a variety of methods to combine sentences without changing the meaning of the passage:

Notice how there are different types of sentence structures in the passage. Also, notice that there are long sentences as well as short ones. This makes it easier to read. It makes the passage flow.

If you are a writer who finds yourself using a lot of short sentences, do not despair or think you have to learn to write longer ones. There are several ways to combine related, short sentences into longer, more interesting sentences. Combining Sentences: Prepositional Phrases, Adjectives, and Adverbs

After the reception, the band director helped the exhausted band members pack up the gear.

My brother got a great promotion. He was promoted to the executive level.

My brother got a great promotion to the executive level.

My dog barks all day long. He is a little dog. He sits at the window when he barks.

My little dog barks all day long while sitting at the window. Using Phrases to Make Sentences Interesting

Read the following sentences and decide which sounds better:

Tom was crying like a baby. He admitted he had lost the winning ticket.

Tom admitted that he had lost the winning ticket as he cried like a baby.

Doesn't the second one flow better and make the same point?

Here are some more:

Gretchen wrote a letter. She explained why she was upset with her boss.

Gretchen wrote a letter explaining why she was upset with her boss.

Brian flew across the country. He was traveling alone.

When Brian flew across the country, he was traveling alone.
Compound Subjects and Compound Verbs When you have more than one sentence that repeats either the same subject or same verb, there is no reason to keep both sentences separate if combining them will be more interesting and effective. For instance:

When forming compound subjects or verbs, you will sometimes use words such as "both," "and," "or," "either," etc. Take a look at the following sentences and pay careful attention to how either the subject or verbs have become compound.

My mom and dad said they were disappointed in me.

The president consulted with his cabinet. He talked to his private advisers as well.

The president consulted both his cabinet and his private advisers.

She told me that she didn't want to get any more tests done. She still consulted with a new specialist.

She told me that she didn't want to get any more tests done, but she still consulted with a new specialist.

The thief entered the room quietly. He opened the safe slowly and carefully.

The thief entered the room quietly, then opened the safe slowly and carefully.

When forming compound sentences, be sure that you are combining two directly related sentences so that they make sense together. You cannot combine the following two sentences because the relation between them is not clear:

She works down the hall from me.

However, you can combine the next two sentences because the topics are directly related:

She is training for a marathon.

Melissa likes to go jogging in the mornings, and she's training for a marathon.

Finally, you can make a complex sentence by turning two separate sentences into a sentence with an independent clause and a subordinate clause. In these, one sentence becomes the main focus of the sentence, with the other sentence becoming more informational in nature. Look again at these two sentences:

She is training for a marathon.

You could make it a complex sentence in this manner:

Because she is training for a marathon, Melissa likes to go jogging in the mornings.

The main point of the sentence is that she likes to go jogging. The subordinate clause, "because she is training for a marathon," defines why she likes jogging.

Some common conjunctions for subordinate clauses:

Be aware of the danger of over-compensating for choppy sentences. If you go too far in the opposite direction, you can end up with sentences that ramble on for too long. Many writers are prone to making this mistake. Rambling sentences can create a great deal of confusion because by the time the reader gets to the end, he or she has forgotten what was going on at the beginning of the sentence. Be sure to read your compositions carefully and avoid sentences that use conjunctions such as "and," "but," and "so" too often. Here is an example:

I attended a concert last night, and the orchestra performed several compositions that were themes from stage musicals, and my date told me that they were some of his favorite songs; but he also liked some of the more classical pieces that the orchestra performed, like the concertos, and he hoped they would do more of those the next time we had tickets.

A rewrite will give you a passage that still has some complex and compound sentences, but these will have better structure.

I attended a concert last night, and the orchestra performed several compositions that were themes from stage musicals. My date told me that they were some of his favorite songs, but he also liked some of the more classical pieces that the orchestra performed, like the concertos. He said that he hoped they would do more of those the next time we had tickets.

The fine line between sentences that are too long and sentences that are too short can be difficult to determine. Reading your writing out loud is one good way to test out your sentences for length. Make sure there is a good flow and that the text does not sound too choppy or too long-winded. You can also have a friend or associate read your work if this is a possibility. It often helps to get an evaluation from a fresh set of eyes.

Improve Your Library Skills: How to Use the Dictionary 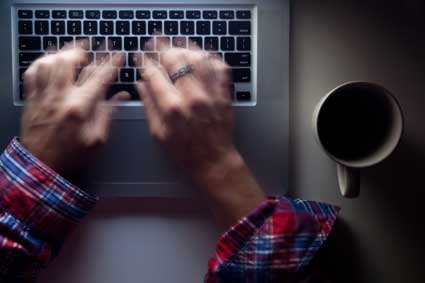 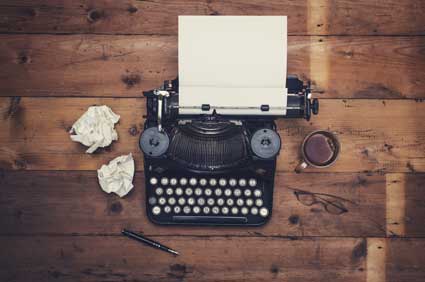