Before we can get down to talking about persuasive writing techniques, we have to look at exactly what persuasion is. How does persuasion influence our lives and alter our decisions? Do we encounter it on a daily basis, or is it something that we only see once in a while? To write effective persuasion, we need to understand persuasion at its core.

Persuasion is defined as a form of social influence where someone is guided, usually by another person, toward an idea, attitude, or action through symbolic, rational, and sometimes logical methods.

Aristotle, who many feel is the father of persuasion with his essays and writings, said that rhetoric is the art of discovering the available means of persuasion. What does this mean exactly? It means that in conversations between two individuals, whether consciously or unconsciously, there is the effort to persuade someone to your point of view.

In persuasion, at least according to Robert Cialdini, who is considered an expert on persuasion, there are six weapons of influence that must be used for persuasion to be effective:

1. Reciprocation. People typically will return a favor. Therefore, a good way to persuade someone is through free samples. Cialdini often uses the example of Ethiopia giving Mexico thousands of dollars in aid in 1985 after an earthquake. This seemed odd to the international community because Ethiopia was going through a civil war and famine at this time. However, as it turned out, Ethiopia was returning the favor to Mexico, who had provided diplomatic support in 1937 when Italy invaded under Mussolini's rule.

2. Commitment and Consistency. When people commit to something they believe to be right, they will likely honor that commitment. This is often done in the case of car sales, where the price of the car suddenly increases in price at the end of the sale, but because the person buying the car has already made the decision to buy the car, the increase has little effect.

3. Social Proof. Humans are social beings, which means that they will follow the crowd. People will do what they see other people doing. This has been documented time and time again. For example, one study had people look up into the sky. Then, as people walked by on the street, they would look up, as well, to see what the others were looking at. By the end of the experiment, there were so many people looking up into the sky that traffic was being held up. Another more tragic example of this is from Nazi Germany. Even though most of the people in Germany could understand that the persecution of the Jews was wrong, but everyone seemed to be taking part, it was easier to go along with the crowd than to be outside of it. The need for conformity is a big part of persuasion and is one of the best tools at your disposal for effective persuasion.

4. Authority. The need for authority is hard-wired into our brains. As a result, people will obey an authority figure, even if they think that the acts that they have to perform are questionable. The greatest example of this is the Milgram Experiments. The Milgram Experiments were social, psychological experiments conducted by Stanley Milgram, which measured how willing people were to obey an authority figure who had them perform acts that conflicted with their own conscience. The experiments involved an experimenter, a learner, and a teacher. The only party that was not aware of the actual set-up was the teacher. The experimenter was a stern teacher in a gray lab coat. The victim was a 47-year-old accountant who was trained to act as if in pain, while the teacher was someone who gave an electrical shock if the learner gave an incorrect answer to a series of questions. After each wrong answer, the shock increased by 15 volts. In reality, there were no shocks so the accountant was not harmed. Milgram initially expected that the number of people who would inflict the maximum 450-volt shock would be only 1.2 percent. In reality, 26 of the 40 participants (65 percent) inflicted this high a voltage shock. Only one participant refused to administer shocks beyond 300 volts. This shows just how hard-wired we are to respond to authority figures.

Interested in learning more? Why not take an online Writing Effective Persuasion course?

5. Liking. People will usually listen to someone they like, or think they like. Viral marketing is an example of this. In viral marketing, the Internet allows groups of friends, separated by continents, to influence each other's decisions regarding media -- including television shows, movies, and music. Studies have found that people will buy from someone they like much more often than from those they do not like. As humans, we tend to respond to people who are more attractive and therefore we are more willing to buy from those people, because we believe that we like them more.

6. Scarcity. If people believe there are only a limited number of items left, they will be more likely to buy the product and create a greater demand. This is why you hear so many offers say, "Limited time only!" or, "Only a few left!" on television, even though there are probably warehouses full of these things left.

One very well-known form of persuasion is propaganda. Propaganda is a series of messages that are aimed at influencing the behaviors, and even the opinions, of huge groups of people, often numbering in the millions. Propaganda can come in a wide variety of forms, from complete lies, to absolute truth (the most effective form), but are used to produce an emotional response from the public, rather than a rational one. This is often seen in wartime. Governments will put out posters dictating that if you are not helping the war effort like your fellow citizens, then you are siding with the enemy. Many posters in England and the United States during World War II qualified as this type of propaganda.These posters used many of the methods we have discussed above:

Writing effective persuasion uses all the methods we have discussed here, in various forms. Now that we understand what persuasion is, we can now determine why we would want to write persuasively.
Why Write Persuasively?

One of the most common questions relating to persuasion is why would you want to write persuasively? What point can there be to it? If you are not trying to sell a car, convince the populace to back your tax hike, or urging someone to buy a product from your company, why would you need this method of communication?

There are several reasons why you would need to write persuasively. Here is a list of just a few of the hundreds that exist:

When you are writing persuasively, you are looking at your point of view and you are trying to persuade someone else to accept that point of view. You feel that you are the best person for the job, to get a raise, to get into a particular college, or the best person from whom to buy a product. Whenever you are writing persuasively, you are also looking at who your audience is, because that will give you a better chance of being successful with your persuasion.

When you are writing persuasively, you need to convince the person of your point of view; by keeping that in mind, you will be much more successful with the persuasion. This is why you need to learn to write persuasively. Too many people will write a letter for a job opening and say that they need a job because they worry about finances and want something in that particular industry. The problem is that the person hiring is seeing dozens, or even hundreds, of resumes all saying the same thing. They are not being persuaded; they are seeing thesame old, same old.

As a result, you need to know how to write persuasive letters so that they will read your cover letter and realize you deserve the shot for the interview over those who are just carbon copies of each other. By learning to write persuasively, you increase your chances of later success in both your professional and personal life.

Your goal in a persuasive letter is to win the acceptance of those who do not agree with you. There are going to be people who do not agree with what you have to say, and therefore you have to convince them that you are right, and they are wrong. This can be one of the hardest things that you can possibly do, because people often are entrenched in their beliefs and don't want to change. Some don't change because they simply do not want to, others because they just can't see a way to change.

Looking at the example of asking for a raise, you may have to write a letter to your boss asking for the raise. If you go to your boss with a letter that says you think you should get a raise because you work hard and you always come in on time and because you know what you are doing, then your boss is going to respond with the following:

"You don't deserve a raise because you are supposed to work hard, you are not the only person who comes in on time and if you didn't know what you are doing, then you would not have this job."

Effectively, you just lost your chance at a raise because you did not write a good enough persuasive argument to get your point across. By knowing how to write a good persuasive letter, you will be able to show your boss that not only are you exceptional at your job by citing examples, but you can also reason with your boss, show your boss what others in your position are making, and even tell your boss of your need for more money or else a higher paying job. In this case, you have set yourself apart and are therefore more likely to get the raise that you want. If they say no, it is not a total loss; you still have the chance to get a raise down the road because you have written an effective persuasive letter to your boss which highlights your good points.

Simply put, writing an effective persuasion is incredibly important because it opens up many doors for you in your life. You will be able to open doors of opportunity for yourself that you may not have been able to open before. There are many people who can be a good salesperson through speech, but doing the same through written words is something completely different and much more difficult. 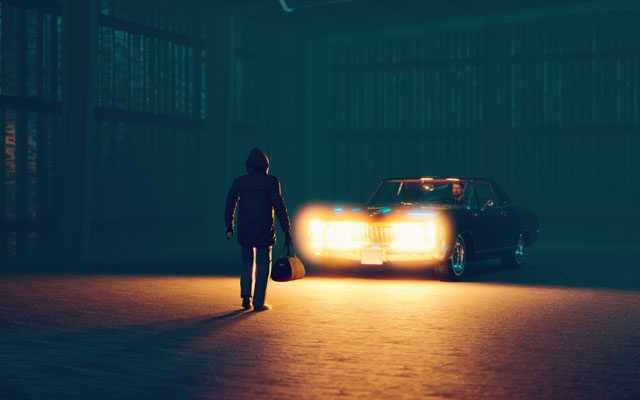 Tricks to Improve Your Conversational Skills on the Fly

The Agile Methodology and Product Management