This course is intended for those who are interested in gaining a basic sense of thinking and developing their cognitive abilities, to better their lives as individuals, and to make them better and stronger employees, team members, and leaders.

This course summarizes the goals and consequences of critical thinking, as well as items to be aware of when learning how to think critically, including cognitive biases and logical fallacies. The course also covers the value that comes from both individual thinking and group-based thinking, as well as the various disadvantages that come with both territories. Strategic planning is also discussed, specifically scenario planning, and the requisites and consequences of that planning type. Creativity is taught, in terms of what it is, what its consequences are, and how to cultivate it. This course is intended for those who are interested in gaining a basic sense of thinking and developing their cognitive abilities, to better their lives as individuals, and to make them better and stronger employees, team members, and leaders. This course does not provide in-depth analyses regarding critical thinking or creative thinking, nor should it be considered the definitive volume on such topics. Rather, the course allows a beginner to discover the foundation they need in order to develop themselves towards more in-depth texts. 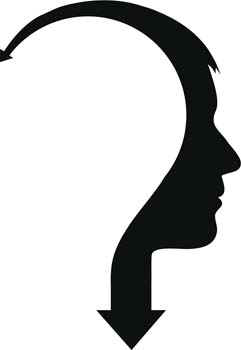 The human mind is built to think. Some of us do it better than others. Every one of us can learn how to think better. Critical thinking is thinking done with depth, clarity, logic, and precision. It attempts to connect patterns of information into patterns of thought, either to solve a problem, generate ideas, or come up with creative concepts. When thinking critically, viewpoints are examined, as well as the biases, data, and concepts driving the viewpoints.

Do we have to learn to think critically? Isn't it something we already learned in school from a young age?

Unfortunately, many of us do not think critically at the level we should. Isaac Asimov, the science fiction writer, reported on the understanding Americans have of scientific concepts. A telephone survey was conducted by the Public Opinion Laboratory at Northern Illinois University. Asimov states that the researchers conducting the survey found that more than one-fifth of over 2,000 American adults believed that the sun revolved around the earth. People spend their money on products that do not work. Companies make billions of dollars using advertising campaigns that promote products whose results are not indicated by science.

Traditionally, schoolwork involves more memorization than critical thinking. Assignments are based more on the ability to consolidate information, memorize it, and then write it out on an exam, without ever really teaching us, or testing us on our ability to logically think through information. Knowledge is important, but it is equally important, and perhaps more so, to be able to think critically, and to apply logic to the knowledge that we have. Being unable to do so is like having a well filled with water, but no way of getting that water out. The water stays stagnant, and is near useless, unless we tap into it. The same thing applies to knowledge and thought: We need knowledge, but without the tools to use it properly, it is nearly worthless. Hence, why we need to learn what critical thinking actually is, and how to do it.

Reasoning skills are those skills that allow an individual to approach a problem, understand how to solve it, and then apply certain cognitions to arrive at a viable solution. Additional lesson topics: Types of Reasoning; Deductive and Inductive Arguments: What's the Difference? 10 Total Points

The goal of persuasion is to convince an individual or an entity regarding an idea, concept, opinion, or perspective. 10 Total Points

Inductive arguments work to apply what is known about objects or concepts, to those objects and concepts that are unknown. Additional lesson topics: Examples of Inductive Reasoning 8 Total Points

Lesson 7: How to Inspire Critical Thinking in Teams and Organizations

In order to foster critical thinking in teams and organizations, creativity needs to be cultivated. Additional lesson topics: Sparking Creativity in the Workplace 10 Total Points

A major issue people have is not having the confidence in their ability to be creative, come up with ideas, and solve problems. 10 Total Points

How you approach an issue and begin to solve it can affect the entire implementation process. Additional lesson topics: How to Evaluate Problem Solving in a Business 10 Total Points

Though solitary thinking is effective in solving problems, working in groups to generate ideas and solutions can be very beneficial, not only in the kinds of ideas generated, but also in helping those involved retain the information better. Additional lesson topics: What Are the Benefits of Critical Thinking in the Workplace?; Examples of Using Critical Thinking to Make Decisions in the Workplace 10 Total Points

For many organizations and companies, scenario planning is a very helpful technique that allows strategy to be discussed, especially when there is critical uncertainty in the future environment. Additional lesson topics: Five Steps to a Strategic Plan 10 Total Points

Following through questionnaires, and going through exercises designed to test your skills, is a first step in determining what your creative and critical strengths and weaknesses are. 48 Total Points
146
Total Course Points