Have you ever read a report, article, or book, and wished that your writing sounded as good? All writers feel as though what they write is not nearly as good as works written by someone else. However, a few stylistic aspects set the great writers apart from the amateurs.

The stylistic aspects we are talking about are easy to learn. It is just learning alternatives to the way you may write now. Who knows what makes these styles sophisticated over any other way of writing; but in today's world, they are considered the better, more sophisticated way of writing, so it only benefits you to use them.

The first stylistic aspect of your writing that will make it sound more sophisticated is in your sentence structure. Two common structures that are attributed to amateur writers are in examples listed below:

Running to the store, she tripped and fell over a rock.

As she ran to the store, she tripped and fell over a rock.

Both the "as" and the "ing" construction are grammatically correct; however, they are constructions that are known to be used by newer, less experienced writers. The problem with using these is that they are lazy. Although they show action, they can be a shortcut used by the writer to show action as quickly and easily as possible, or they can be an unneeded distraction from the action that is taking place. Either way, they weaken your writing.

Use an alternative to these constructions, such as:

She tripped and fell over a rock on her way to the store.

Since "tripped" and "fell" are the verbs in this sentence, it is important to construct the sentence to show this. "On her way to the store" is simply what she was doing when she tripped and fell. It is not the action.

Another way to avoid looking like an amateur is to avoid using clichés. Clichés are expressions that are commonly used when speaking. For example: "Living life in the fast lane," or "not being worth a plugged nickel" are both worn-out clichés. They are used so often, they no longer mean anything when you use them in your writing. They are not adequate descriptions, and they do not show your readers anything except that you do not know how to be original.

Beware of other clichés that are not only over-used, they do not make any sense anyway. Editors and publishers particularly get tired of expressions such as "she tossed her head." When is the last time you saw anyone toss his or her head? How far did they toss it? While this may sound good to you as the writer, and you may think you are being clever, your descriptions should never rely on clichés or figures of speech that describe an impossible action.

Do not create clichéd characters, either. The computer geek with the pocket protector is a stereotype. He is clichéd. The characters that you create are individuals. Do not follow stereotypes or clichés when you create them. Instead, make them three-dimensional beings that are believable and unique. If you resort to using stereotypes and clichés, your characters will seem more like cartoon characters or bad parodies that are uninteresting and unbelievable. Nothing will turn your reader off more quickly than that.

There are so many clichés in the English language that it is impossible never to use one. You may find yourself in a position where you need to use a cliché to adequately describe a situation. However, before you just type out the cliché, try altering it a bit. Make it less familiar to the reader and tailor it to the situation you need it for. Look at the example below.

The fog was thicker than pea soup that night.

The fog was thicker than watered-down pea soup that night.

When we discuss dialogue avoid using "-ly" adverbs with your speaker attributions. These adverbs serve to tell the reader how something was said, but your dialogue and descriptions should show, instead. It is also easy for newer writers to use these adverbs in sentences to show action, as in the example below.

Angrily she set her coat on the couch.

This may be okay in a first draft because you convey the action taking place, but when you edit, weed out these adverbs. They tell. They do not show.

She slung her coat onto the couch.

In the first example, the verb is weak and does little to show action, so the writer added an "-ly" adverb to try to strengthen it. However, it only weakened it even more. When you find yourself in a position where you feel that you need to use an "-ly" adverb, try using a stronger verb instead.

Of course, there are always exceptions. If using an "-ly" adverb is the only way that you can completely describe the action taking place, and you are using a strong verb already, then it is not unacceptable or unprofessional to use an adverb.

Nobody is going to tell you to quit using "-ly" adverbs altogether. What experts will tell you is that amateur writers use them frequently. Weed out as many as you can and replace them with stronger verbs. Keep your writing strong. Make sure it shows the action, and make sure you are not whimping out on showing action by using "shortcuts." The more you write using proper mechanics and advanced stylistic techniques, the less you will be inclined to make amateur mistakes. Before you know it, everything you write will come out sounding better than your best piece does right now.

Style is simply defined as the manner of "voice" that a writer uses to tell the audience what is going on. Style is evident in syntax and diction, as well as figures of speech, such as metaphors. With fiction, the style you use may be influenced by the era in which the story takes place, the setting, or the education or background of your narrator or characters.

In non-fiction and journalism, style may be partially dictated by style guides. Style guides give examples of acceptable uses of words, proper spellings, punctuation, and typography to be used when preparing work for publication. Writers use style guides, as do copy editors and proofreaders to ensure factual accuracy and consistency.

Making sure that your style is consistent throughout a body of work lends to the sophistication of your writing. If you have a character who talks with a southern twang early in the book, make sure it carries throughout the book. On the other hand, if you spell "judgement" (British English) in one place in a body of work, make sure you do not spell it as "judgment" (American English) later on. You can always create a style sheet to make note of things like this, so you do not forget when creating longer pieces or sequels.

A list of style guides is included below for your reference:

Manual of Style: A Guide for Authors and Editors (Medical editing and proofreading)

The Associated Press Stylebook and Libel Manual (Journalism, non-fiction, and fiction as well)

Geowriting: A Guide to Writing, Editing, and Printing in Earth Science

The Bluebook: A Uniform System of Citation (Law)

Scientific Style and Format: The CBE Manual for Authors, Editors, and Publishers

The ACS Style Guide: A Manual for Authors and Editors

A Style Manual for Citing Microform and Nonprint Media

Other Ways to Make Your Writing More Sophisticated

There are hundreds of phrases that can enhance your writing, but sometimes writers err on the side of "wordiness." They use phrases they believe sound more formal, more interesting, or more unusual than common alternatives. Unfortunately, if these phrases are using more words than needed to get the point across, they just end up cluttering the sentence. Below are several examples of poor phrasing, along with better alternatives.

How to Develop a More Focused Approach for Research

Resume Writing Help: How to Get Started 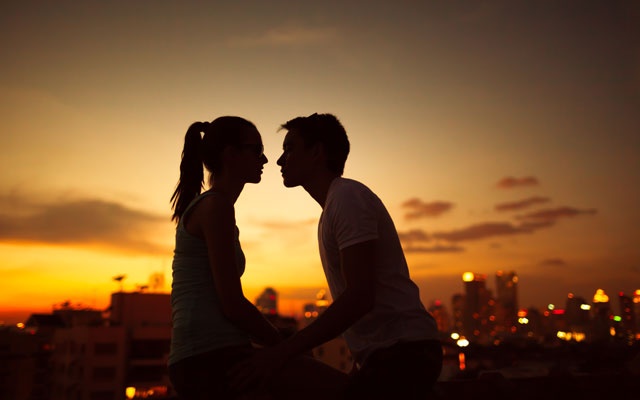 Do You Have What it Takes to be a Good Technical Writer?