One suggestion as to why there has been an increase in these statistics is because of an increase in public exposure to the topic. It's not just a matter of something having a name in which it can be called and identified by but also knowledge and awareness of what it actually is. Many workplaces have formal policies on sexual harassment, as well as formal means of reporting instances. It's actually required to some degree under law, but only an estimated 70% of employers actually provide any kind of training or education on the subject despite 98% having current policies about it.

Strangely, this increase in public exposure and awareness of sexual harassment has resulted in an increase of harassers who are aware that what they are doing is sexual harassment. In a late-2017 New York Times survey of 615 men, the majority admitted to doing something or behaving in a way that would be considered inappropriate or sexual harassment at work. The following breaks down what that means.

One third admitted to sexual harassment and other generally inappropriate behavior.

One quarter admitted to gender-based harassment, for example, dirty jokes.

Ten percent admitted to physical sexual harassment, including inappropriate or sexual touching, sexual advances, and comments based on the physical appearance and/or body of others.

Interested in learning more? Why not take an online Workplace Sexual Harassment in the #MeToo Era course?

Despite an increase in awareness and spikes in reporting, sexual harassment is still considered to be one of the most underreported issues in the workplace. This does mean that the "official" statistics on sexual harassment could be much lower than what is found in reality since it's estimated that only one-in-five women actually report instances. But the question is why is it underreported in the first place? In some instances, victims found that there was no change made to the workplace to halt, correct, punish, etc. the harasser and their behavior--80% according to one survey. There have been times where the circumstances worsen after reporting with 16% according to the same poll. Those dismal outcomes are not the only reasons that may prevent victims from reporting today. Others include the following.

Fears and Threats of Retaliation -- As mentioned above, a worsening of harassment is a potential outcome of reporting in some instances. This is usually a form of retaliation like payback or revenge directed at the victim and/or their supporters. The potential of retaliation is often an issue when the harasser is someone who has power over their victim within the workplace, such as a supervisor, a lack of confidentiality, and/or a lack of support for victims. Instances of retaliation for reporting can include devastating blows to a person's career, which adds to victims' decision to not report.

Lack of Support -- It can be terrifying to speak out when you've been terrorized and abused by someone else, and some kind of support makes it easier. When there is a lack of support for victims of sexual harassment in the workplace, it can be incredibly difficult for them to find the strength to speak up and act. They are afraid that no one who can help them will believe them or that no one will actually do anything with real impact. Should there be hostility in a particular workplace and in instances of retaliation, there is a real possibility of an "us vs. them" mentality taking place that can put the victim at a disadvantage with their harasser. Without that support, the harassment might not actually stop.

The Bystander Effect -- The bystander effect is a concept in which those who have witnessed sexual harassment, rather than experience it directly, become less likely to speak out against it. This can happen when witnesses are by themselves or with others. Sometimes this is a part of a reluctance to break the status quo, social attitudes and/or /influence, and the division of responsibility in public. Basically, people behave in accordance with what is considered publicly acceptable like taking behavioral cues from others and expecting someone else to act in their stead. Often, the bystander effect presents the idea that witnesses approve of the behavior they're witnessing or simply don't care enough to do anything.

Toxic Masculinity -- Socially and culturally, there are certain ideas as to the behaviors and traits deemed acceptable according to a person's gender. With men, there is an attitude that being masculine is equal to being aggressive, emotionally-repressive, sexually-driven, and an all-around "tough guy" in nearly every aspect of themselves. Instances where this becomes excessive is identified as "toxic masculinity" and can impact the social, emotional, and psychological development of men. Toxic masculinity on a cultural and social level is often to blame for many stereotypes about men and sexual harassment, and can make it incredibly difficult for male victims to both admit and report the harassment they experience. It reinforces the idea that guys can't be victims of anything and that they are hyper-sexualized beings who are driven by their libido. Ergo, the attitude is that male victims don't exist and any who do come forward are somehow less male or that something is wrong with them.

The Most Affected Industries

While sexual harassment in the workplace was largely a women's issue for much of its history, and therefore occurred wherever there were female workers, there are certain industries that have a disproportionately higher rate of sexual harassment than others. Some of this can be explained by aspects of the industry itself and where the harassment is coming from. They include the following.

Customer Service -- Any industry that involves a lot of customer service work like retail and food service, tends to have a high rate of sexual harassment and harassment in general. This is because the perpetrators are not just co-workers but the customers themselves. There's the attitude of "the customer is always right" that makes it hard for employees who are lower in the business' hierarchy to speak up when there is any kind of mistreatment directed at them by a customer. Even when management and employers witness it happen to employees in person, they do not always intervene because of this mentality. Even though these industries are economically and socially crucial, there is also a public attitude their workers are somehow "less than" and mistreatment of them is both acceptable and expected.

STEM: Science, Technology, Engineering, and Math -- Industries like the sciences are considered to be male-dominant and tend to be more hostile toward women. Attitudes that women don't belong in STEM jobs result in gender-based harassment and discrimination being ridiculously common, even on the academic levels. Quid pro quo style harassment is rampant, and many women are faced with the decision of simply accepting it for the sake of their careers or leaving STEM altogether. Ironically, the history of STEM is full of women who were responsible for groundbreaking discoveries and inventions that changed STEM and the world as we know it. Marie Currie, Hypatia of Alexandria, Ada Lovelace, Hedy Lamarr, Sally Ride, Katherine Johnson, etc. are just a few.

Healthcare -- Medical professions are still viewed as a heavily male job but the industry itself is predominately female when you look past doctors, the traditionally "male" medical position. As a whole, healthcare sees about 11.5% of all sexual harassment claims. Healthcare is also customer oriented, so the same attitudes often apply although not always in the same ways. It is tied to STEM via the sciences but there are some roles in the industry that are deemed "acceptable" for women, which means they are not harassed simply for seeking out a career in those positions, an example being nursing.

Among the public, the attitudes regarding sexual harassment vary in ways that differentiate from what has been the norm for many years. Sexual harassment at work was long viewed as something that you just put up with and tried to ignore the best that you could and some older generations still view it as such. Baby Boomers came of age in a time where sexual harassment was still nameless and Generation X that followed them grew up when it was still developing a legal standing and recognition. In some cases, members of those age groups might not report sexual harassment unless it is severe, for example, sexual violence, rape, etc. but still may hold back on addressing it. The younger generations, those who were taught about sexual harassment and who never lived in an age where it wasn't seen as unacceptable, are a little more quick to act and a little less tolerant of when it happens to them or to others.

The attitudes about sexual harassment today have changed drastically in recent years thanks to certain events that have entered the public eye. Most notably is the circumstances surrounding Harvey Weinstein, who has been accused of sexually harassing, assaulting, and exploiting women in Hollywood for literally decades. News of his behavior seemingly opened the floodgates on public awareness of Hollywood sexual harassment, which has been an issue going far back in its history and has given victims across industries the courage to say something against their powerful abusers. This has also brought about social media movements like #MeToo, where victims share their experiences with sexual harassment, and #Time'sUp, an advocacy campaign and legal fund for victims. All of this has kicked the public conversation around sexual harassment into gear and has prompted an increase in public awareness of sexual harassment and its elements in the workplace. Many businesses are taking a closer look at their policies, practices, and training options for sexual harassment in the workplace with the focus on making positive improvements and eliminating loopholes. Within the public forum, victims are now being given the opportunity by the public to have their say and be listened to instead of being dismissed.

How to Move Forward as a Victim of Sexual Harassment 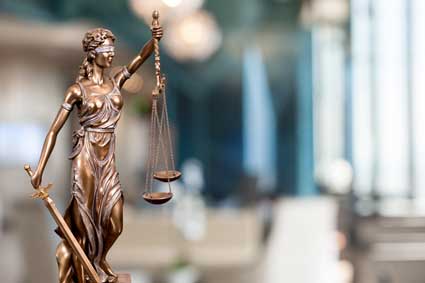 Sexual Harassment and the Law

What Is Sexual Harassment? 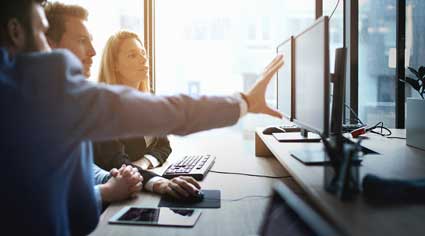 How to Prevent Harassment and Promote Workplace Equity

Why are Individuals Sexually Harassed?