Browse Courses My Classes
Wh is there Race and Ethnic Inequality?

There are a countless types of social inequities. Inequalities rooted in race and ethnic differences in particular tend to cause some of society's most visible impediments.

A. Race and Ethnicity

When discussing racial and ethnic inequalities, perhaps it is best to first cite the difference between the two. Within the sector known as public health, there is often disagreement over the correct usage of the term "race." The mistake often made by both scientific specialists and the general public is that race is based upon the idea that human beings can be separated into distinct human races identifiable through distinct physical traits, such as skin color, hair texture, and facial features.

Furthermore, many believe that these physical or other distinguishing traits are linked to a homogeneous set of genes that differentiate one race from another. The roots of these malformed ideas date back to the 15th century, when the ability to verify ideas and theories using sound scientific methods was not an option. In modern times, scientists from a host of different disciplines, including anthropology, biology, genetics, and sociology, all concur that evidence of distinct human races does not exist.
This then is where the concept of ethnicity comes into play. Evolving as a concept during the late 18th century, ethnicity is usually defined as membership in a group with shared geographical origins or cultural histories, including common language, religion, art, and other related factors.

In public health studies, ethnicity is clearly distinguished from race. For instance, in North America, the most common ethnic group is that of the Hispanic or Latino/Latina culture.

In everyday speech, racial terms like "African Americans" are often used when considering biological relations in terms of populations. Yet, when thinking of cultural relations, some consider the term "ethnic group," such as Caucasians or American Indians, to be more appropriate for classifying people emanating from particular groups.

B. Racism and Ethnic Discrimination Throughout U.S. History

Even prior to the founding of the United States, racism was an underlying issue. Apparently, any time groups from different religious and racial or ethnic sectors of society came in contact with one another, there was the possibility of one group challenging another for dominance, and this continues today.

With dominance comes subordination. If one group controls the domain or environment, other groups are forced to become subservient. Traditionally, racist attitudes in this country have been most notably applied to Native Americans, African Americans, immigrant groups, and subsequent transplanted generations perceived as foreign in nature.
When analyzing racism and how it has evolved, the focus always goes to the systematic inequalities that existed between blacks and whites. Racial oppression then dates back to the times of forced transplantation involving the relocation of American Indians and to slavery when African Americans were forced to come to America to work against their will.

Though different in the aspect that American Indians were not made to be as subordinate as the African Americans, the two are similar in the sense that both situations involved the exertion of force against groups classified by their ancestry and their origins.

Over time, both groups have rallied to establish their independence and civil liberties. Confronted with sizable obstacles of adversity and power struggles, both African Americans and American Indians have needed to take different tactics to exercise their power to come out from under the control of dominant forces.

Interested in learning more? Why not take an online Sociology course?
Yet, as anyone will relay, neither group has it easy. A wealth of legal battles have been fought over land that American Indians claim was rightfully theirs and taken away by "white men." African Americans had to undergo a Civil War, Civil Rights movement, and subsequent challenges to reach a level of respectability in society.

Yet, as of today, in comparison with the white Caucasian man, all other races or ethnicities, and genders for that matter, seem to be continuously plagued by feelings of second-class citizenship. Needing to achieve more to attain the same level in society has been a constant battle for racial and ethnic groups in the United States.

Take, for example, the African American who wants to work as a professor at an Ivy League college or as an executive in a bank. Only recently has it become more common to see members of this racial group in such positions of respectable prominence.

In U.S. society, discriminatory behavior against racial and ethnic groups is not as acceptable as it was in the past, although it still exists in a variety of different forms.

In modern times, racial inequalities can be seen in the earning power of certain individuals, distribution of wealth, extreme poverty levels, huge numbers of unemployed, and the persistence of imbalanced occupational class structures.

Though over time, the manner in which racial or ethnic discrimination is evidenced has changed in tone, the newer version is considered to be more in line with oppression than that of discrimination. This change can be attributed to the fact that society has made it more taboo to discriminate against people based purely on their ancestral origin. In fact, in many situations, including workplaces, business settings, and service provisions, a person is not permitted legally to disqualify a candidate, harass a co-worker, turn away a customer, or reject service to someone based purely on the color of his or her skin or other distinguishing feature, such as a foreign accent or ethnic style of dress.
Although this is not to say that discrimination based upon such fundamental differences does not occur, it is merely to suggest that individuals found to be practicing such political incorrectness are subject to applicable fines and penalties.

There are many types of racism, but two clear categories stand out:
Elite racism is reproduced at a national level through the media, the government, and other influential figures. This racism is often masked as the societal norm and thus goes unchallenged and is used to shape public opinion.

This entails a localized example of the occurrence of racism. For example, consider a school-age African American who shares her or his experience of unequal treatment or a Muslim in America who relays displeasure in being the object of consistent stares or watchful eyes.
Cultural Patterns of Racism

Patterns of behavior are ingrained at both the macro- and microlevel in everyday structures and culture. Not all individuals act in racist ways, but attitudes and ideologies based on ideas of inferiority and subordination of certain groups, like those of disability, class, and gender, are embedded in the ways that members of society have developed.

Specifically powerful forces that perpetuate the notion of discriminating against members of different groups include fear and ignorance. Both of these conditions prevent members of one group from truthfully getting to know members of other groups.

Hence, individuals of the dominant group tend to rely upon preconceived notions and, in worst-case scenarios, use them to form their opinions of others. In turn, by narrowing their mindset, they close themselves off from the possibility of learning about other people and eventually accepting others based upon their humanity as opposed to what they are known to stand for. When stuck in this stereotypical, limited style of thinking, individuals merely act to barricade people off from the rest of the world.

In the past, when a wealthy couple would drive through an urban ghetto, it was the fear of being carjacked or robbed that overtook them when they encountered an African American. The Academy Award-winning movie "Crash" depicts this stereotype extremely well.

Nowadays, it may be the turban-headed individual with a briefcase or the Arabic-speaking person at the airport that sends us into a tailspin in terms of becoming fearful for our safety and our security.
While it may be good to have a healthy sense of apprehension when walking alone at night or in a dark alley, an unreasonable amount of fear preventing us from going into particular neighborhoods or traveling to other places is only hindering us as opposed to revealing the dangers of others.

Minority group status is not a matter of numbers; it is determined by the presence of distinguishing features such as discrimination. 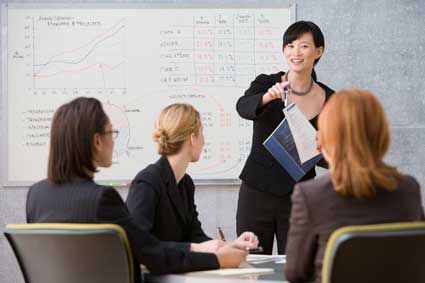 Online Class: Learning Disabilities: What You Need to Know

How to File a Workers' Compensation Claim 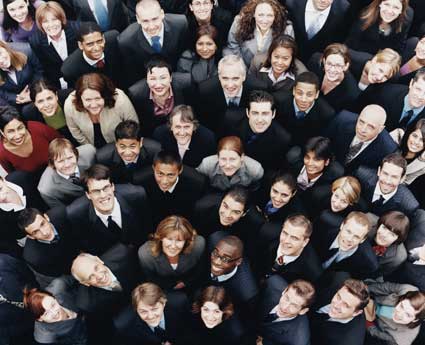 How to Start Brainstorming Ideas for a Successful Mediation Process