Browse Courses My Classes
What are the Great Social Movements that Changed Society?
From the American civil rights movement to the women's movement, social movements throughout history have served to identify a need and a desire for widespread cultural changes in both attitudes and behaviors.

Essentially, social movements are a form of concentrated, preplanned group action. Collectively focused on a specific political or social issue, social movements, also known as social reformation movements, strive to implement, oppose, or reverse social change.
Furthermore, social movements are characterized as having a purposeful direction and a good deal of internal order. A social movement is a more or less persistent, organized effort on the part of a relatively large number of people to bring about or resist social change.
Take, for instance, the women's movement, referred to in a variety of ways, such as women's liberation, suffrage movement, or women's right advocates. The core group of constituents was made up of women intent upon achieving equal liberties with regard to work, pay, respect, and opportunity.

Hence, they were, in fact, working toward reversing some of the previously held stereotypes and beliefs about women while putting forth a new view of how women should and ought to be treated.

To mount and drive an effective social movement campaign, combinations of different components are required, including creation of special purpose groups and coalitions to explore possibilities, derive a sense as to the opinion held by the general public, and develop strategies. These groups must determine the steps needed to alter the commonly held perspective, such as public or town hall type meetings, processions, rallies, speeches and demonstrations, petition drives to invoke change, lobbying efforts, educational programs and literature, and an unwavering commitment.

In modern times, increasing numbers of social movements, also sometimes referred to as "causal campaigns," have come to the forefront of the public's consciousness.
Take, for example, People for the Ethical Treatment of Animals (PETA) activists staging demonstrations against persons who wear fur and members of the Organic Consumer Association (OCA) dressing up as Franken Crops to represent genetically modified food products.

While some believe that those in modern Western culture are far too liberal about exercising their freedoms in terms of expressionism, education, and financial means, it has been said that our government's lack of restriction is at the root of the unprecedented number and scope of widespread contemporary social movements.

Because of the sheer number of social movements competing for the public's attention, it becomes difficult to determine, on a personal or corporate level, the group with which to ally.

To understand the purpose and function of social movements, it may be helpful to first gain insight into the reasons why and the ways in which they are formed.
Of course, as social movements are ensconced within the scientific field of sociology, we also have a selection of theories to present, explaining the reasons for their formation:
Marxist theory. Named after the influential sociologist Karl Marx, Marxism is a theory that looks at all aspects of life as part of a power struggle among persons of different classes. Focused on materialism, the theory originated from the analysis of movements that arose out of conflicts occurring between industrial workers and their capitalist employers during the 19th century.
Want to learn more? Take an online course in Sociology.
In the 20th century, the Marxist theory proved to be an integral tool used for understanding the complexities of political economy and class structure differentials as being primary forces in both historical and present-day social movements.
Collective Behavior and Collective Action theories (1950s). The term "collective behavior" was coined by Robert E. Park, who used it as a reference to social processes and events that emerged in a spontaneous way, lacking the social structure of laws, governances, conventions, and norms.
He used this definition to explain such phenomena as public panics in burning theaters and a change in popular preference for certain consumer brands. Interestingly, these events lack insight as to what predicated the action and thus demonstrate neither conformity nor deviance.
According to Neil J. Smelser, author of The Theory of Collective Behavior, "Collective behavior is behavior in which the usual social conventions and norms no longer guide social action and people bypass established institutional patterns to form new norms spontaneously."
Hence, from Smelser's definition, we ascertain that collective behavior refers to the actions of a group as opposed to an individual and that the analysts' monitoring of collective behavior can be used to examine and determine behavior ranging from fads and rumors to crowd behavior, panics, and disasters. See: http://web.utk.edu/~scable/soc345.htm.

Relative deprivation theory (1960s). In a study entitled "Specification, Development, and Integration" conducted by Iain Walker of Murdoch University and Heather J. Smith of Sonoma State University, relative deprivation theory was defined in the following manner: "People's reactions to objective circumstances depend upon their subjective comparisons."

While an interesting conundrum to consider, a simpler way to explain relative deprivation is as follows: "the experience of being deprived of something to which one thinks he is entitled." The term is employed in social science circles to describe feelings or degrees to which one feels incomparable in economic, political, or social forums.
The reason for the importance of relative deprivation as a theory is that it serves to provide motivation as to why one is behaving in such a manner or harboring such ill-formed attitudes. Furthermore, it relays the consequences that come to those who are subject to relative deprivation in terms of their participation in collective actions or social movements.
Value-added theory (1960s). Also known as the strain theory, the value-added theory was first proposed by the previously mentioned Neil J. Smelser, who based his concept on the assumption that six conditions are critical to the development of a social movement:
Resource mobilization (1970s). This social theory is interconnected with the study of social movements and focuses on the members' ability to acquire resources and mobilize people in an effort to reach their goals. Frame analysis theory (1970s). A product of Erving Goffman, this theory aims to identify the major cognitive schemata through which people draw their own original interpretations about the world and form ways in which to communicate about it.
Framing on its own is defined as "the location, perception, identification, and labeling of events and occurrences for the purpose of rendering meaning, organizing experiences, and guiding actions."
Taking it to a broader scientific plane, framing theory and frame analysis are both theoretical approaches that have been used in communication studies, news reporting, political strategy building, social movement ideology formation, and other applications endemic to society.
New Social Movement theory (1980s). In rejecting the classic Marxist Theory, which focused on the struggles among social classes, supporters of the New Social Movement theory have been galvanized to oppose forces of globalization that they find to be exploitative.

Followers of this movement exert their efforts on issues believed to reflect decentralized instances of both power and resistance. From their perspective, they view collective actions as based upon a plurality of identity-oriented issues, not for purposes of material gain but rather to equalize redistributive struggles in the world of traditional politics.

In a nutshell, post-materialist values emphasize the quality rather than the quantity of life. They place the importance on the actor and individual agency, as opposed to the overriding governing body of power.

In addition to formation theories, in sociology there also has been great emphasis placed upon ways in which to categorize different types of social movements:

F. Social Change and Social Movement Related Terms The following terms are often used in conjunction with ideas and theories pertaining to social change and movement:

Cycles of protest. This is a phrase used to denote the rise-and-fall patterns accompanying particular movements, as well as the tendency of movements to produce affiliated movements that occur in waves and are measured by levels of activity, or potency, and inactivity, or latency.
Dramaturgical analysis. Viewed as akin to cultural analysis, this term is applied to the more dramatic or ritualistic components of movements. The principal idea is based upon the notion that political activity generally, and social movement action in particular, have extreme theatrical elements; for instance, sit-ins, protest marches, and intermittent acts of civil disobedience.
Grievance. A grievance is a core issue or issues around which a social movement develops; grievances originate from a group's shared perception that its members are being unfairly or unjustly denied rights, opportunities, respect, and safety purely on the basis of who they are as people.
Organizing versus mobilizing. A distinction that developed out of the Civil Rights Act in which mobilizing refers to the process through which supported leaders are able to reach and inspire large numbers of people to act on behalf of a specific cause.
In turn, organizing is used to denote a more sustained process whereby people come and, over time, become very familiar with a movement's goals and take it upon themselves to work toward the achievement of a particular set of goals and to share such ideals with others.
Political process model. A form of social movement analysis that emphasizes the ways in which wider political systems, especially the United States federal government, are able to open up and close off opportunities for the purpose of both containing and organizing resistance.

Online Class: How To Be a Substitute Teacher 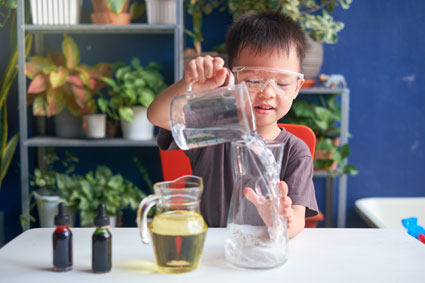