Browse Courses My Classes
How Does Economic Life Affect Individual Outlook?
Moving away from the homestead and into the workplace arena, individuals find themselves in a variety of employment or business situations motivated by a host of factors related to money.

A. Money: Lyrics and Music by Pink Floyd

Take, for example, the song from Pink Floyd entitled "Money." The lyrics are as follows:

Get away
get a good job with more pay and you're O.K.
money, it's a gas
grab that cash with both hands and make a stash
new car, caviar, four-star daydream
think I'll buy me a football team

Money, it's a crime
share it fairly but don't take a slice of my pie
money, so they say
is the root of all evil today
but if you ask for a rise it's no surprise that they're
giving none away, away, away
However, when we consider the purpose of money, we find that, from a sociological perspective, money is not necessarily the "root of all evil" that we have been led to believe by mainstream media, our parents, and spiritual advisers.

B. Money: Economy and Social Relevance

Rather, money, or the economy when viewed as an overall structure, plays a masterful role in helping to shape societal infrastructures and boundaries, assigning value to objects, services, time, and work, infusing meaning and direction into people's lives, and fueling ambition.
In its most simplified form, money essentially is a uniform standard of exchange with relative value. In other words, money is used to buy goods and services. However, the specific dollar value is valid only so long as there are enough people who buy into the same idea and thus utilize it to achieve similar means.

Here is the question that then arises: "How many people are enough?" The answer is that within a self-sustaining economy, there are a sufficient number of people. This is because communities, regardless of their geographical location or population size, have ample people so long as they collectively produce everything that is needed for individual citizens to survive and thrive.

To specifically focus on such topics as earning money, money representing freedom, and capitalistic societies, the science known as economic sociology was created.

Interested in learning more? Why not take an online Sociology course?
Yet many ambiguous elements of this newly formed science stirred up disagreements among key sociologists as to exactly what the study of economic sociology included.

According to some, it incorporates the sociological perspective of personal interaction, groups, social structures or institutions, and social controls such as norms and values. If the agenda were to be reviewed in modern times, it would most certainly include social networks, cultural context, and gender disparities and equalities.

One of the central distinctions between economic sociology and pure economics was made by Arthur L. Stinchcombe in 1983, who stated: "Economic sociology needs to come from the perspective that every mode of production is a transaction with nature, that which society is prepared to extract with its technology from nature and by what there organically is in nature."
From his definition, we are able to ascertain that economy must always be anchored in nature and that the boundaries between economy and nature are relational ones in which society may only extract from nature that which is available.
Perhaps a somewhat easier idea to understand is the point made by Max Weber, who stated, "Economics begins with the individual; whereby the analytic starting points of economic sociology are groups."
Karl Marx, Georg Simmel, Emile Durkheim, and more recently, Richard Swedberg, the Cornell University sociologist who co-edited The Handbook of Economic Sociology (1994), have all made significant contributions to the study of the interconnections between sociology and the economy.

In July 2005, an article entitled "Market Share" ran in The Boston Globe. Its author, Virginia Postrel, spoke of economic sociology in this vein: "It is a growing academic subfield that brings the tools and concepts from sociology to bear on the economy. It is the contention of economic sociologists that we cannot understand how people earn, spend, and invest their money unless we understand social relations."
From the perspective of the article writer, economists believe that in addition to enticements being made through incentives and diversity of choice, there also is the social component whereby people make financial decisions based upon modern conventions and personal connections.
In the article, Vivian A. Zelizer, a Princeton University sociologist who, along with studying the influential patterns of cultural attitudes and consumption habits, is also one of the individuals at the forefront of the economic sociology movement, was quoted as saying, "The economy is social. It's a set of social relations. The economy is as social as a family or religion."

Mark Granovetter, chairman of Stanford University's Sociology Department and also one of economic sociology's most influential researchers, relayed this about the researchers: "They are trying to understand what is driving economic behavior, what is driving the structure of markets, and where the system comes from."

Granovetter, who earned his doctorate from Harvard University, made a name for himself by conducting research on how people found jobs. His assumption was that they used social connections. However, what he learned from survey respondents was that, typically, individuals learned of their present job via acquaintances as opposed to good friends. In 1973, Granovetter then wrote an article entitled, "The Strength of Weak Ties," citing the phenomenon he discovered from that of people gaining critical information from mere acquaintances.
This then brings us up to the current day, where studying social connections or ''social networks" appears to be the hotbed issue within the field of economic sociology. In terms of analyzing what is at the basis of economic decision-making, economic sociologists argue that informal ties, like social networks, are the relational structure of social and economic life.

Now that we have laid out the foundation that an individual can derive support and consultations from persons whom they barely know, we can look at how this concept fits in with the newly shaped world of work.

During the Postindustrial Era, people often worked at one job for the duration of their lifetime. This observation mostly applied to men, though there were some women who did so; think of the movie Mildred Pierce. This was a time when work also was associated, for the most part, with pain, sacrifice, and drudgery.

Work, during much of the ancient history of the human race, was viewed as hard and degrading. Working hard, in the absence of compulsion, was not the norm for Hebrew, classical, or medieval cultures. Rather, it was not until the Protestant Reformation that physical labor became culturally acceptable for all persons, including the wealthy and elite.
Yet, even more so perhaps than the Protestant Reformation, the positive shift in the public's perception of work can be attributed to that of the informational era, which immediately followed the industrial work era.
Since 1956, white-collar workers in technical, managerial, and clerical positions outnumbered workers in blue-collar jobs. In a 1977 study for the U.S. Department of Commerce, it was determined that in 1967, the economic contribution of jobs primarily dealing with the production of information, as compared with goods-producing jobs, accounted for 46 percent of the Gross National Product and more than 53 percent of the income earned.
Further complementing the rise in informational type jobs was the fact that some jobs in manufacturing and industry had also become more technical, thus necessitating a higher level of on-the-job thinking, as machines were interfaced with computers and control systems also became more complex
Therefore, in contrasting the work required of most people during the Industrial Age with the workload necessitated by the Information Age, findings indicated that the industrial jobs required little decision-making, whereas those in the Information Age require high discretion, cerebral thinking, and greater instances of decision-making.
This paradigm shift in the workplace then translated into a change in the work ethic, whereby employees with greater authority to make decisions felt vested in their jobs and more connected to the roles they played in facilitating the needs of their position.
Therefore, the Information Age seemed to have cultivated a work environment whereby employees were afforded greater opportunities to find increased self-fulfillment and to express more of themselves through their daily job responsibilities.
Favorably, this shift brought work that people enjoyed doing and that produced intrinsic benefits. Furthermore, the work during this period proved to be personally rewarding and in line with the individual worker's career goals. Hence, workers had a newfound reason to want to be successful.
Essentially, the work ethic of the 1980s stressed skill, challenge, autonomy, recognition, and the quality of the work produced. Autonomy was seen to be an important factor in terms of the employees being satisfied with their jobs.

As companies began to seek out new environments in which to do business and enticing foreign markets to enter, globalization, defined as a complex medley of economic, trade, social, technological, cultural, and political relationships, began to offer tremendous opportunities for growth and expansion into distinctive locations around the world.
Along with globalization came the increased needs for employees with advanced, specialized skill sets and higher levels of education. With inflated prerequisites for jobs came increased expectations from employers and increased competition among potential job candidates.
What young persons new to the workforce found was that skill and diligence were not always sufficient to move them up the ladder, and if they were fortunate enough to ascend in a company, it was not necessarily going to happen overnight.
Hence, impatience became the norm among young workers who were not accustomed to work extensively for what they wanted. Rather, akin to the idea of entitlement, they believed that if they were suitably qualified and expressed an interest, they should automatically get the job.

Out of corporate downsizings and restructurings, the pervasive sense of job satisfaction that occurred to many workers who were either unaccustomed to or unwilling to perform drudgery in order to get ahead led to the following pair of workplace scenarios:

The work world will never be fully formed, in part because individuals who make up the workforce are continuously shifting in their ideals and desires and because the outer economic environment is consistently volatile as well.
Values placed upon work are learned by socialization experiences that occur primarily during early childhood and adolescent interactions with family, peers, and role models, mentors, or significant adults. In a nutshell, the child learns to place a value on work behavior as he or she is called upon to perform or provide a service in various situations. Over time, these requests increase in difficulty and responsibility.

Interestingly, at an early age, a child learns to appraise her or his performance based upon the feedback received when doing household chores. Initially, these appraisals act as a value of the youngster's worth in the world. It is only later in life that the individual realizes such appraisals are based upon the opinions of others.

As the child matures, attitudes toward work become internalized, and work performance becomes less dependent on the reactions of others and more connected to the person's own internal cues and values.

Why is Society in Urban Developments Different than Rural Places? 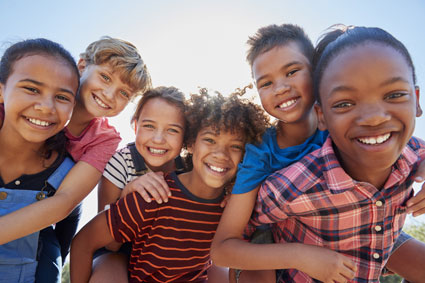