No one knows why people become addicted to drugs or alcohol and it is impossible to tell which person will become addicted and who will not. It isn't a matter of having poor moral principles, a deficiency in willpower, or even personal choice.

Drug addiction is complicated and recovering from addiction often takes more than improving your willpower or simply quitting cigarettes, alcohol, or drugs. Addiction treatment is often necessary in order to foster the changes in the brain necessary to overcome the addiction.

Quitting on your own is extremely difficult as the problem lies in the brain's responsiveness to the drug and on the many ways to overcome being addicted. Even if you feel completely ready to quit your addiction, trying to cope on your own is usually a futile task.

Addiction is a common problem affecting millions of people throughout the world. It is estimated that the cost of addiction in the US alone is in excess of $600 billion USD per year. These costs stem from a decrease in productivity among those who are addicted, crime-related costs, and the costs of healthcare for the treatment of addiction and the complications of being addicted to drugs, alcohol, or cigarettes.

While these just represent monetary figures, the cost of addiction goes much further than that. It exerts a toll on society (that must care for these people), family members (who deal with the addict on a day-to-day basis.

Addiction is an extremely destructive problem, having safety and health implications that are brought along with those who are addicts. Families can be broken up due to addiction, people lose their jobs because of addiction, students fail in school because of addiction, and millions of people are victims of domestic violence when an addict becomes out of control. Children are abused every day because the addicted person is out of control or is craving their drug of choice and is agitated as a result.

What is Drug Addiction?

As mentioned, addiction is a complex problem. It originates in the brain as a chronic and relapsing condition that results in the compulsion to seek out and use illicit drugs or abuse prescription drugs. Initially, the addict starts out like anyone else--interested in trying something new or coerced into trying an illicit drug by a family member or friend.

Eventually, however, addition takes on a life of its own and the individual finds increasing reasons to use the drug or can develop cravings that lead them to take the drug over and over again. This is because addiction fundamentally changes the way the brain operates and this wreaks havoc on the addicted person's sense of self control. They simply can't resist using their drug of choice because they have brains that do not allow them to stop using their drug of choice.

Drug addiction doesn't just affect the individual using the drugs, although they are certainly affected, both physically and emotionally. The family members, coworkers, and friends of the addict become trapped in the vicious cycle of addition. Some will try to help the addict, while others end up being "co-dependent, meaning that they knowingly or unknowingly help the addict continue to use.

Fortunately, there are many types of treatment an addicted person and their families can become involved in so that the harmful effects of addiction can be alleviated. Scientific research indicates that, by combining behavioral therapy and sometimes medications, the addict can successfully overcome their addiction and can go on to lead productive lives.

If you or a loved one is suffering from addiction, there are therapeutic approaches that are specifically designed with the addict's needs in mind. They can overcome the patterns of abuse and can recover from any emotional, social, or physical effects from having been addicted to drugs. When they recover, they can find themselves with a life-long pattern of recovery without having to resort to taking drugs.

Addiction is no different from any chronic disease, like heart disease, lung disease, or diabetes. All of these conditions are life-long problems that need to be managed when they flare up. Like other chronic diseases, people suffering from drug addictions will have periods of time when the disease isn't bothering them and times when they relapse and begin to use their drug or drugs of choice again. This shouldn't be disheartening, however. It just means that more intervention is necessary.

Relapsing back into drug addiction isn't a sign of failure. Instead it means that the addict must return to treatment and start over again. Each time an addict gets treatment, they learn something more about themselves and their addiction to drugs so that relapses can become few and far between.

How the Brain responds to Drug Addiction

Drugs interrupt the communication system of the brain in one of two ways:

Drugs like heroin and marijuana both act by mimicking neurotransmitters, which are the chemical messengers that send signals from one nerve cell to another. The difference between these drugs and neurotransmitters is that neurotransmitters are naturally synthesized in the brain, while the drugs are generally ingested.

Take dopamine, for example. It is widespread in the brain and is responsible for the feeling of pleasure, motivation, emotions, and bodily movement. When it is overstimulated and prevented from being taken back up by the transmitting nerve cell, the person's reward system is activated and they experience the drug as being pleasurable. The end result is a feeling of euphoria, which can happen the first time the individual takes the drug. The euphoria is what keeps addicts coming back for more.

As the addict continues to use the drug, the brain counteracts the high levels of dopamine by making less dopamine. There are less receptors for dopamine in the reward center of the brain so that the individual develops tolerance to the drug and needs more and more of the drug to have the same effect. The use of the drug is reinforced and the addict keeps taking the drug in high enough doses to have the euphoric effect they were looking for.

When the addict uses the drug on a continual basis, there are even more changes to the brain that affect their intake of the drug. The neurotransmitter glutamate is an excitatory transmitter that affects the reward system of the brain and limits the addict's ability to learn new things.

When the amount of glutamate in the brain is changed through drug use, the brain will attempt to counteract this change, which can cause an impairment in the individual's cognitive functioning. Things like behavior, memory, learning, decision making, and judgment become impaired, which can have emotional effects on the addict.

The changes in glutamate concentration in the brain also causes the addict to continue to compulsively take the drug, even though they innately know that taking the drug is not in their best interest. They know that taking drugs can have drastic influences on their life but they can't help themselves and their cognitive impairment impacts their ability to "think" their way out of the addiction.

Who gets addicted and who doesn't?

As mentioned, no one really knows who will become addicted to a drug and who won't be as strongly affected. There is a combination of factors that can be involved in being addicted to drugs, including:

Drug addiction is completely preventable. Through educating families about addiction and school programs focusing on drugs and addiction, some teens can be swayed from experimenting with drugs. The media can also impact the way drug addiction is perceived by society. Teachers can be good role models as can former addicts who can teach kids about het hazards of taking drugs even before they start using. The key is to provide this educational intervention as soon as the child understands what drug addiction is all about.

If a teen can be persuaded to believe that taking illicit drugs is harmful to them, they are less likely to experiment with drugs and less likely to become addicts. There is something to be said about "it takes a village to raise a child". It takes intervention from the family, the school system, the media, the healthcare system, and society in general to keep a young person from becoming an addict.

There are many reasons why a person becomes an addict. It may simply be a matter of curiosity on the part of the young person that drives them to experience the effects of taking a drug. They may believe that the taking of drugs will help them have a better time at a party or gathering or they may turn to drugs because everyone they know is using drugs. Still others self-medicate emotional disorders.

Not everyone who uses drugs will become an addict. Some will try the drug and decide it is not for them, while others will like the effects of the drug so much that they turn to drug use because their brain tells them they need it. Drug abuse isn't about how much drug the individual is taking nor is it about the frequency at which they take the drug. Drug abuse is about the impact that the drug has on their lifestyle and behaviors. If the drug is impacting the individual's social, emotional, home, school, or work life, then it is a problem that they need to overcome.

How to Maintain a Healthy Weight 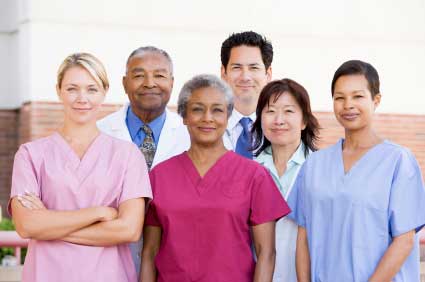