Financial ratios are used to evaluate and weigh the performance and operations of the firm. They are analyzed using comparative analysis of industry averages, such as comparing similar companies' same sector gains and comparative valuations. Ratios are also analyzed using trend analyses, which examine the firm's ratios as a function of time.

It is important to know what is being measured to construct a ratio that accurately allows the resultant number to be understood in its context.

Line items in financial statements (Income Statement, Balance Sheet, and Statement of Cash Flows) provide the information for the ratio analysis. That is, the ratio or combined ratios of one or several items to another are calculated, giving a result that might be used to evaluate a firm's operating and financial performance, including the following:

It must be considered that, over the course of a business cycle, profitability and sales trend, expanding or contracting, resulting in the ratio analysis for any one year is not a fully accurate picture of the firm's overall financial health. Trend analysis should be followed over a number of years, and comparatively within the industry, to get a more accurate idea of company growth, operations, profit, and stability.

Profitability ratios show the combined effects of operating decisions that have a resultant impact on the firm's:

It accounts for income generated for every dollar spent. Efficiency, minus allocated and utilized resources, directly affects the firm's profitability success, problems, and/or failure.

Gross profit is what remains after the cost of goods sold have been subtracted from the net sales.

The gross profit margin is a measure of profitability, which shows income and outgo of money flows. For example: Sales equals income, and the Cost of Goods equals outgo.

The gross profit margin should not drastically fluctuate from one period to another. The exception is when the firm or industry is undergoing changes that affect the cost of goods sold, or pricing or costs change.

The Return on Investment (ROI) measures the relationship between the profits the firm generates and assets that are being used. Essentially the ROI is the return on the owner's investment. The ROI should minimally be equal to the same return it would gain from being invested in a risk free account, such as a Certificate of Deposit.

The Return on Equity (ROE) is the net income returned as a percentage of the shareholders' equity. The ROE measures profitability, according to how much profit is generated with the shareholders' invested money.
Net income is for the full fiscal year. It is the income after dividends are paid to preferred stock holders, but before dividends are paid to common stock holders.

The shareholder's equity does not include preferred shares.

B. The DuPont Analysis

The DuPont system is a profitability performance measurement method (initiated by the DuPont Corporation). It shows how the profit margin on sales, the total asset turnover ratio, and the use of debt, collaborate to influence the rate of return on equity (ROE). This process is the "DuPont identity."

According to the DuPont analysis, the ROE is affected by the following:

Operating efficiency is a measure of profit margin.

The equity multiplier measures the degree of financial advantage and capital structure.

Avoidance in new asset investing tends to occur when financial accounting depreciation methods generate erroneous ROEs during the first few years the asset is put into service. The DuPont method attempts to remove the temptation to avoid investing in new assets by measuring them at their gross book value, instead of at their net book value. It is believed this produces a higher return on equity (ROE).

THE DUPONT FORMULA AND CHART

Either formula indicates which company processes are efficient and which need to be targeted for improvement. The ROE also represents the profitability of funds invested by the firm.

The goal is to achieve the highest possible ROE over the long term, providing it is "high" for the right reason and not, for example, because of debt overuse.
The DuPont chart decomposes ROI and ROE. The formula(s) stated above can be expanded on, helping detect where the financial weakness or imbalance lies within the process.

How much liquidity the firm needs is determined by its operating cycle, or the time between the cash invested in goods and services, and when a return on the invested cash is realized.

Common liquidity ratios used to determine the firm's ability to pay its creditors are as follows:

Typically, the higher the ratio value, the greater the probability the firm will cover its short-term debt.

The Quick Ratio calculates assets minus inventories, divided by current liabilities (short-term debt obligations). Inventories are the least liquid of a firm's current assets, and that will incur a loss if the firm has to liquidate its assets. Therefore, liquidity (the ability to repay short-term debt) does not rely on the sale of inventories in the event of a financial emergency.

Asset utilization (activity or turnover) ratios show how the firm uses its assets to gain profit and revenue.

The Accounts Receivables Turnover ratio shows how well the firm's receivables are being converted into cash. It compares the accounts receivable turnover and the average collection period (typically one calendar year). The higher the ratio, the more efficiently the firm is managing its available assets.

Inventory Turnover ratios become important when there is an excess of inventory that is restricting cash flow, reducing opportunities for profit, and increasing costs for storage. The firm's current inventory and its average turnover rate will be examined prior to lending money.

The operating cycle (number of days its takes to convert inventory and receivables to cash) should be calculated to determine how long inventory has been idle and costing the company money.

The Total Asset Turnover ratio can indicate if the firm is utilizing all of its total assets efficiently to obtain sales revenue. A low ratio may indicate that not so many assets should be invested, compared to the (low number of) sales being generated.

Debt Utilization ratios give an indication about the firm's solvency, or its ability to pay its long term debt. Financial leverage (advantage) refers to the size of the debt and the firm's capital structure, which adds interest debt, used to pay it. A firm cannot pay its debts without earning a profit. Excessive debt or indication of financial instability complicates borrowing funds or borrowing funds at lower rates.

The Debt Ratio measures the extent of a firm's leverage (size of debt and capital structure). The higher the debt ratio, the more leveraged the company is and therefore, the greater the risk to the investor.

The Debt/Equity Ratio determines what portion of the assets the creditors provide, and what portion the stockholders provide. Essentially, it illustrates the amount of debt the firm has in its capital structure.
Large debts mean the borrower must pay significant principal and interest. It ties up cash and creates a greater risk of running out in the event of an emergency.
DEBT/EQUITY Ratio = Total Liabilities
Stockholders' Equity
TIMES INTEREST EARNED (TIE)

The Times Interest Earned (TIE), or Interest Coverage, ratio is a "safety margin." It is used to calculate the number of times the firm's before-tax earnings will cover the interest. It indicates the firm's reduction in earnings tolerance.

III. The Impact of Inflation on Ratio Analysis

Inflation is a general increase in the prices paid for goods and services. Deflation is the general decrease in prices paid for goods and services. However, not all item prices change at the same rate. In an inflationary environment, as prices rise, profits support themselves. When price increases begin to moderate, or deflate, expensive inventory begins to be charged against moderating retail prices.

Changing price levels distort the accuracy of financial statements. Inflation or deflation, in addition to other sources that ultimately impact financial data, and statements and the decisions made using them, should be calculated and analyzed prior to, during, or following financial ratio computations.

Ratio comparisons and ratio analyses are less reliable when based on financial statements that are adjusted for inflation. As a result, the following situations need to be recognized:

1. Revenue reflects the current dollar value, while equipment and inventory are valued at their purchase prices, which were generally lower than the current dollar value. As a result, the calculated profit is an indication of increasing prices, rather than the true performance of the firm.
2. Inflation causes the purchasing power of dollars to change over the years. Disparity is reduced by restating assets acquired in different years in "constant" dollars to ensure each asset has equal purchasing power.

3. Supplementary five-year comparisons of operating revenues, net income, and cash dividends per common share should be restated in constant dollars to determine what portion of growth is attributed to real economic growth and how much is a result of inflation.

4. Historically, investors may be less willing to invest in stocks, bonds, and other financial assets. Stocks and bonds do better during disinflation than tangible real assets, such as gold, silver, and other precious metals.

5. Inflation accounting and restating financial statements in constant dollars can reveal weaknesses and mitigate distortions, but it will not eliminate the overall problem.

Industries producing cyclical products are the most susceptible to inflation-induced profits. They include the following: 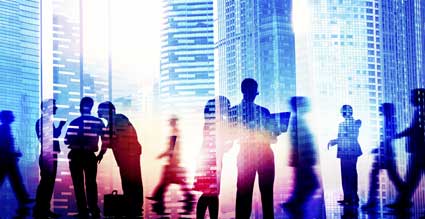 Defining and Planning the Principles of Corporate Finance

Do You Have What it Takes to be a Good Technical Writer?