Asset Management (Turnover) Ratios compare the firm's assets with sales revenue. The ratios indicate the extent the firm is utilizing its assets to generate revenues. They are a measure of how efficiently and effectively the firm uses its assets.

An Inventory Turnover Rate is an average inventory level expressed in days. Inventory turnover is the calculated cost of goods sold or used in a given period, typically, one year. A relatively low inventory turnover may be the result of ineffective inventory management. An abnormally high ratio indicates inventory that is not proportionate with industry norms, suggesting shortages and/or losses. A high inventory turnover generally coincides with a low gross profit total.

The average sale period, or Days Inventory Outstanding (DIO), is determined by dividing 365 (days) by the inventory turnover figure. Extremely high amounts of inventory may indicate there is obsolete stock sitting on shelves that should be liquidated. On the other hand, inventories that move faster than the observed average industry rate may indicate a lack of inventory on hand, and that maintained inventory levels are inadequate.

DSO is a good indication of working capital management practices, because it provides an estimate of the number of days it takes a company to collect its payment due, after making a sale.

High DSO indicates the firm is taking longer to collect its payments than it should. As a result, the firm risks not having enough capital to fund short-term obligations, because of this extended cash cycle. An increase may be the result of:

The average daily sales are divided into accounts receivable to determine the number of days sales were tied up in receivables:

The Cost of Goods Sold (COGS) is the "carrying value of goods sold" during a specific period, typically one year. COGS is represented on the Income Statement as the "Cost of sales" and is essentially used to determine the direct expense of production, which, when deducted from the firm's revenue gives the gross margin.

Costs may be associated with the average cost, first-in first-out (FIFO), of particular goods. COGS represents the entire inventory's product cost sold during the accounting period. Costs generally include:

The Cost of Goods Sold does not include distribution or sales labor costs. Costs of goods that are not sold are deferred. They are considered inventory costs, until they are sold, and the inventory is written down in value.

The Cost of Goods Available for Sale is the beginning inventory, plus the amount of inventory purchased over the period. It is a fair assumption that the end inventory includes unsold items. That is, any item that is not in the inventory at the end of the period has been sold, and any that remain in the inventory have yet to be sold.

The Fixed Asset Turnover Ratio, also called the Utilization Ratio, is the ratio of net sales to fixed asset investments, such as property, and the utilization of plant and equipment (PP&E) and net of depreciation.

A high Fixed Asset Turnover Ratio indicates the firm has less money tied up in fixed assets for each unit of currency of sales revenue. Essentially it shows that the firm has more effectively utilized its fixed asset investment capabilities to generate revenue.

Conversely, a low or declining ratio may indicate the firm has over-extended investing in real estate, plant, equipment, or other fixed assets.

Utilization may also be expressed as:

The Total Asset Turnover Ratio is not an indicator of how effectively the firm earns profits, relative to assets. Rather, it analyzes revenues, not profit.

1. From the Balance Sheet: Results from the Debt to Asset Ratio are examined to determine the extent borrowed funds have been used to finance assets.

2. From the Income Statement: The Fixed Charge Coverage and Cash Flow Coverage Ratios results are reviewed to determine the number of times fixed charges are covered by operating profits.

The Total Debt to Total Assets Ratio, or, Debt Ratio, measures the percentage of funds provided by creditors. Debt includes current liabilities and long-term debt. Low debt ratios indicate less risk of losses to creditors in the event of liquidation. The firm may obtain high leverage to increase earnings, or because selling new stock would lessen control.

The higher the debt ratio, the more leveraged the company is and therefore, the greater the risk to the investor.

Times Interest Earned (TIE) measures the maximum level the operating income can decline before the firm's earnings are less than its annual interest costs. Legal action may be imposed by creditors when the firm fails to pay interest costs, which can end in bankruptcy. The operating income, or, the earnings before interest and taxes (EBIT), is used because interest is a deductible cost and taxes do not directly affect the ability to pay current interest.

Profitability ratios are intended to show the combined results liquidity, asset management, and debt management have on a firm's operating results. Essentially they provide insight into the firm's ability to generate earnings (cash inflow), and profit, compared to its expenses (cash outflow), in addition to other relevant costs incurred during a specific period, typically one year.

Information about the effects these combined results have on a firm's profitability may be found using:

Ratios measure the firm's ability to maximize its assets to gain control of expenses, in order to attain an acceptable, if not maximum, rate of return. Generally speaking, a higher ratio, compared to a competing firm's ratio, or one that is close to that of a previous period, tends to indicate the firm's overall successful profitability.

Gross profit is what remains after the cost of goods sold is subtracted from the net sales. Essentially it indicates what it cost the firm to produce the product. Investors are very concerned with the firm's gross profit since it may be applied any time to estimate current costs, as well as measure the firm's continued efficiency over time.

The gross profit margin is a measure of profitability, which shows income and outgo of cash flows, for example: Sales equals income and the Cost of Goods equals outgo.

The gross profit margin should not drastically fluctuate from one period to another. The exception is when the firm or industry is undergoing changes that affect the cost of goods sold, or pricing or costs change.

Companies having different tax situations, which use varying degrees of leverage, may be compared using the Basic Earning Power Ratio. It calculates the basic earnings ratio of the firm, so it may be compared to the industry average.

A low turnover ratio and low profit margin on sales may be evidence of a low operating income from invested assets.

The Return on Assets (ROA), also referred to as the Return on Investment (ROI), measures the management efficiency of utilizing assets (invested capital, including both debt and equity) to generate earnings, or profit. The ROA ratio is used by investors to determine the effective conversion of capital into net income. To gain a more accurate idea of the degree of profitability, the ROA should be compared to previous period ROAs.


The higher the ROA, the more profit has been earned with less having been invested. A low result indicates an overall low basic earning power and above average use of debt. Interest payments will be high as a result of a low net income.

The Return on Equity (ROE) is the net income returned as a percentage of the shareholders' equity. ROE concentrates on the return to common stockholders and measures profitability according to how much profit is generated with the shareholders' invested money. The Return on Equity essentially estimates a firm's profitability based on the return gained on each dollar.

Concepts of Cost of Capital in Financial Analysis 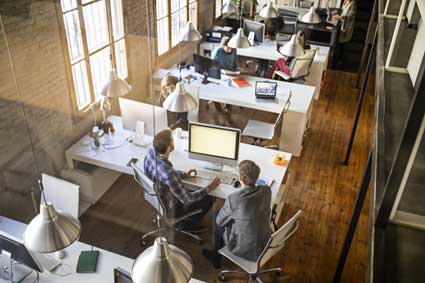