Browse Courses My Classes
Habits of Listening
In this article, we are going to take a look at what some poor and good listening habits might look like.The more you know about good and poor listening habits, the better you will be able to identify and avoid them.

As we all know, habits may be something that we are used to, but they are also something that we have the ability to change. Most experts believe it takes about three weeks to break a habit. In light of this, make it a conscious goal for the next three to four weeks to try to address any poor listening habits you may have. After you have followed good listening habits for several weeks in a row, you will have overcome the poor habits and replaced them with good ones.

We all have habits, whether good or bad. We know that it takes about three weeks or so to break a habit and create a new one, but how does one get started in the first place? Just like Aristotle said, we are what we repeatedly do. When you continuously do things over and over, they become a habit. That is why, when you are trying to create a new habit, it is important that you perform the desired behavior each day for at least three weeks. That will help get rid of an old habit and replace it with a better one.

When it comes to listening skills, there are some habits that can be quite irritating. Not just irritating to the speaker that you should be listening to, but also to those around you. We all have probably been in a conference, class, or even a movie when someone is not listening attentively, and it is irritating. Whether the person is fidgeting, shaking a leg, or tapping a pen, it can distract the speaker as well as everyone in the area.

Here is an easy way to identify some irritating habits when it comes to listening skills. Make a list of at least five things off the top of your head that you can think of that would annoy or irritate you if someone were doing them while you were speaking. A good rule of thumb is that if a behavior would irritate you, then it will irritate others.

Interested in learning more? Why not take an online Listening Skills course?

Compare your list to some of these other potentially irritating listening habits:

All of these are examples of behaviors that may be irritating to a speaker or someone else trying to listen to the speaker. This is in no way an exhaustive list. There are many other things that people could do that would be considered irritating. This is a good start, however, and being able to identify these will help you avoid them and become a better listener.

Engaging in irritating listening habits ends up breaking other people's concentration if there are others listening. It can do the same to the speaker. As well, it is also a sign that you are not paying attention.

A Word about Note-taking
By now you have read several times that while listening you should not be doodling. That does not mean you should never take notes. There are many times when taking notes is not only appropriate but encouraged. You can get a lot out of note-taking, and if you are really taking notes, the speaker likely will be able to distinguish that from merely doodling or not paying attention.

Did you realize that the vast majority of communication actually is done in a nonverbal manner? It is true! Oftentimes, it is what we do not verbally say that expresses so much. Body language is the area of communication that is nonverbal. It consists of evaluating someone's gestures, poses, facial expressions, and even eye movements in order to gain a better understanding of what someone is saying, hiding, or how they feel about something.

Having a basic understanding of body language can go a long way toward helping you understand what others are feeling, as well as helping to keep your own in check while listening to others. Body language is just another helpful way to "read" someone. You have probably been reading people's body language since you were a child, knowing when the adults around you were angry, upset, or relaxed, without them needing to say word.

Have you ever seen someone using their hands as they speak? That is body language. Other examples include pointing, rolling your eyes in disgust, playing with your hair, crossing your arms, and even putting your hands on your hips. Each of these displays of body language says something about the person who is doing them, as well as how that person may feel about what she or he is listening to.

As a listener, it is important to be aware of the types of body language you may be displaying. If, for example, you are in a conference or meeting and listening to someone speak and you put your elbow on the desk and lean your head up against your hand, as if you are holding your head up, it may appear that you are bored. If you are sitting in your chair or standing and have your arms folded across your chest, it may appear as though you are closed off or against what you are listening to.

When we listen to someone, there is so much more to it than just the words that come out of the speaker's mouth and go into our ears. A good exercise is to purposely observe this in action. For the next day or so, pay attention to the nonverbal communication that you see taking place around you. Pick up on as much of it as you can and see what it helps you determine about the speaker and what is being said.

Here are some of the most common signs of body language that you are likely to come across or even engage in, along with the usual interpretation of such actions. While they may not be set in stone, they are general interpretations that hold true for the majority of people.

Body Language as the Listener

Keep in mind that there always are going to be exceptions to these body language gestures. Some people may be in wheelchairs, using crutches, or have other such issues that may keep them from doing certain things and prompt them to do others. However, this information applies to most people, especially those without such issues. 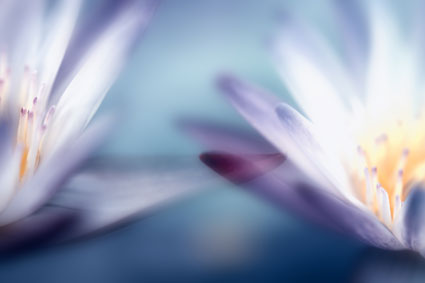