There is a sure-fire way for your workplace e-mails to get noticed, but not in a good way. You will get noticed -- and judged -- for making common mistakes in grammar.

A study by the Radicati Group found that nearly 80 percent of all respondents found spelling and grammatical errors to be the most unacceptable offenses in e-mails.

Another study by Grammarly even found that grammar errors in business communication could affect your career. In a study of 100 LinkedIn profiles of professionals in the same industry, the researchers discovered a connection between the number of grammar and spelling errors in their profiles, and the progress of their careers.

These studies just confirm what you already know. Grammar matters. When you use words correctly, you project a professional, intelligent image. When you make frequent mistakes, the opposite is true.

If you are a job seeker, and have grammar and usage errors in your resume or cover letter, the recruiter may pass you over for another candidate. If you are a business owner, and your marketing e-mails have errors, your potential clients may get the impression that your work is unreliable.

If your goal is error-free business messages, you will need to work at it. Proofreading takes time, but it is worth the effort. First, let's look at common business communication grammar and spelling errors and how you can fix them.

1. Possessive pronouns. In an effort to remove gender bias from our writing, or to avoid constantly using "him or her," we often use the inclusive plural "they" or "we." However, you need to be careful not to switch from singular to plural possessive pronouns within the same sentence.

Each tenant must pay their rent by the first of the month to avoid late fees.

Mistake: "Tenant" is a singular noun and "their" is a plural possessive pronoun.

Correction: Tenants must pay their rent by the first of the month to avoid late fees.

2. It's or its? The English language has some tricky exceptions to rules. Use the contraction "it's" (with the apostrophe) when you mean "it is." Use "its" when you mean something belong to "it."

Mistake: Its time for your next dental appointment.

Correction: It's time for your next dental appointment.

Mistake: The attached report and graphic shows that our marketing efforts went good this quarter.

Correction: The attached report and graphic shows that our marketing efforts went well this quarter.

"Their" is a possessive pronoun. Example: Their team plays our team in the annual retreat.

"There" can be used as an adverb (Place your resume there on the desk.), as an interjection (There, that wasn't so bad, was it?) or to introduce the subject of a sentence (There is a charging center near the check-in gate).

Interested in learning more? Why not take an online Writing Effective Emails in the Workplace course?

"They're" is a contraction for "they are." Example: They're meeting in the conference room.

5. Common ownership. If two people own the same thing, use an apostrophe on the second name only. In the following example, Amy and Karen share an office. If they each had an office, you would use the apostrophe with each name.

Mistake: Enter the meeting room through Amy's and Karen's office.

Correction; Enter the meeting room through Amy and Karen's office.

6. Word placement. The order of your words can change your meaning. Errors frequently occur with dangling participles. You can avoid many of these confusing errors by placing your subjects and verbs close to each other. In the first example, it appears the smoke detector is walking down the hall.

Mistake: Walking down the hall, the smoke detector sounded.

Correction: Walking down the hall, I heard the smoke detector.

Alternate Correction: When I was walking down the hall, I heard the smoke detector.

7. Double negatives. Avoid combining negative words together in a sentence. Your reader will be confused, and you may appear silly and unprofessional.

Mistake: We don't expect nothing to come from this contract agreement

Correction: We don't expect anything to come from this contract agreement.

8. Effect or affect? "Effect" is a noun that means a change that occurred. The plural word "effects" means personal belongings. "Affect" is a verb. It means to produce a change, or to influence something.

Mistake: Our new Facebook campaign has had a huge affect on sales.

Correction: Our new Facebook campaign has had a huge effect on sales.

Mistake: How will these new tablets effect our mobile sales staff?

Correction: How will these new tablets affect our mobile sales staff?

"Accept" is a verb that means to hold something as true to receive something willingly. "Except" is most commonly used as a preposition meaning "apart from" or "excluding." It can also be used a conjunction (meaning but) or a verb (meaning to exclude)

Mistake: Our online store excepts all major credit cards, as well as PayPal.

Correction: Our online store accepts all major credit cards, as well as PayPal.

Mistake: The renovations will include all office suites, accept the administration offices on the top floor.

Correction: The renovations will include all office suites, except the administration offices on the top

Mistake: Customers may choose among free shipping or a 10 percent discount.

Correction: Customers may choose between free shipping or a 10 percent discount.

Passive voice: The video was uploaded by Craig.

Active voice makes your message more direct and easier to read and understand. It also gives it a livelier and more relevant feel.

While these are some of the more common grammar and usage errors, many more problems can sabotage your business e-mails. While running your message through your grammar checking software and spell checkers is a good first step, these programs do not catch everything. A handy resource is William Strunk's The Elements of Style.

Usage errors and typos happen to all of us. The problem is that we tend to miss our own mistakes. Why? It's not carelessness. In fact, Tom Stafford, British psychologist and cognitive science lecturer at the University of Sheffield, says that there are solid reasons why we find it so hard to see our own mistakes. Stafford, who studies typographical errors, said in an interview with wired.com that we read over our own mistakes, because we see the correct version in our heads.

If you have typed "hte" for "the," or "you" for "your," for instance, you may read right over the error, because you know the meaning you want to convey and your brain does its own version of autocorrect. It is actually a high-level thinking process, according to Stafford.

A study published in The Journal of Research and Reading confirmed that the participants who were extremely familiar with a piece of writing were much more likely to overlook mistakes, than readers who were not familiar with the writing.

Another trick is to read your message from the end to the beginning. Reading it backwards strips the e-mail of its meaning, so you can look at individual words clearly to see if they are typed correctly.

A third idea is to save the message to read later, after some time has elapsed. Giving yourself a little time "away" from the work will enable you to spot errors more easily.

Printing out your message is another option for catching mistakes. Seeing your work on the printed page, rather than the computer screen, may make the errors stand out more clearly. Some writers also find that they can spot their errors by holding a ruler under each line as they proofread. By isolating each line, you can magnify the errors.

Another idea is to temporarily enlarge the font size of your message. When you read your work in a larger size, the typos tend to pop out. You also could change the typeface. Causing the words to look different helps our brains spot mistakes.

See if your Word or Mac program has an "enable text-to-speech" option. To hear your text read aloud by your computer, you can highlight a paragraph or entire message, and then click the Speak icon on the toolbar. If this option does not appeal to you, a final option is to ask a friend or co-worker to proofread your message for you. You can return the favor when that person has an important message to send out.

The more experience you get recognizing your errors and correcting them, the fewer mistakes will find their way into your "sent" box. You also will begin to recognize certain words you overuse in your business writing. If you communicate with the same audience on a regular basis, this repetition can get boring for your readers.

Avoid empty-sounding words such as "very," "mostly," "basically," "actually," "probably" and "really." Also, aim to rid your workplace e-mails of vague generalities such as, "Many people say," or "Everyone agrees." When you use specific examples, your words are more convincing. You will gain credibility.

Although some people like writing more than others, and some people find it more natural than others, writing is a skill that can be learned. Like any skill, the more you practice, the better you get at it. Just make sure, you are practicing good writing habits with your business communication.

Strategies for Giving a Successful Presentation 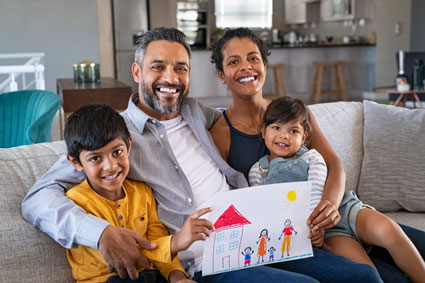 How to Write a Job Search Email that Gets Noticed

How to Write a Business Email Confirming a Customer Order

Know Your Basic Email Etiquette Before You Send that Message

How to Cultivate Effective Conversational Skills 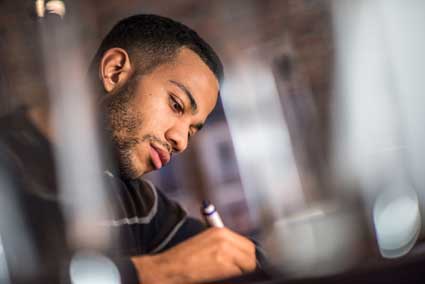 How to Recognize and Develop Your Own Email Writing Style

How to Write a Successful Proposal through Email