Browse Courses My Classes
Intercultural Communication: Cultural Barriers
When communicating across cultures, we could confront some cultural barriers. One of these is culture shock, or the process of challenges to adjusting to life in a new culture, and another is verbal communication. This article discusses these two elements.
Culture shock
When people uproot themselves and placed themselves in a completely different culture, they often experience culture shock. This can occur when you're moving to a new country, or also when you're making the transition from small-town high school life to on-campus university life.
Culture shock is an emotional experience as intense emotions are combined with behavioral confusion and an inability to think clearly. This can occur to both shorter-term travelers, such as exchange students, business people, or Peace Corps volunteers, as well as long-term immigrants along various stages of the process toward adapting to the new culture. Essentially, culture shock is the stress experienced from moving to a familiar environment to a completely unfamiliar one. This unfamiliar environment seems to strip an individual's identity of all protection, as previously familiar cues and scripts are suddenly irrelevant and inoperable in this new culture, which relies and functions on an entirely new, and as yet unknown, set of cues and scripts.
In the new culture, everything is different, including proper greetings and departing communication behaviors. Some research presents culture shock as the ABCs of culture shock in terms of affective, behavioral, and cognitive disorientation dimensions. At the initial stage of culture shock, people often experience anxiety, bewilderment, confusion, disorientation, and perplexity, along with a desire to be someplace else. This is the affective component of the ABCs.
In terms of behavior, they are confused about the norms and rules that guide communication appropriateness and effectiveness. They often don't understand how to initiate and maintain smooth conversations with the local people, and how to conduct themselves appropriately in terms of nonverbal cues.
In terms of cognition, these individuals lack cultural interpretive competence and are unable to explain "bizarre" behaviors occurring around them.

Culture shock is driven by the anxiety that results from not knowing what to do or how to behave socially, or how to interpret what we see. We don't know when to shake hands or what to say when we meet someone new, or when and how to leave a proper tip. In our home cultures, all of these cadences are taken for granted, yet in the new culture they are completely unknown. We begin to recognize the importance of intercultural learning and intercultural competence skills when we begin to feel very inept in the new culture and our peace of mind is suddenly jolted.

We can help ourselves and others through the culture shock process with recognition and awareness of some of the affected areas in our lives. Essentially, we need a psychological adjustment and a socio-cultural adjustment in order to adapt to the new culture. Psychological adjustment is feelings of well-being and satisfaction in cross-cultural transitions. Adjustment depression is common, and affected by chronic strain, low self-esteem, and low mastery. Different strategies are necessary for newcomers to deal with such differences.
Researchers have recognized positive self-talk strategies and positive situational appraisal strategies have been effective in this adaptation process. Positive self-talk strategies include giving yourself a reward or a pat on the back for demonstrating adaptability in the new culture, and can create a more resilient mindset, which in turn allows you to deal more effectively with bombarded stimuli.
Positive situational appraisal strategies include changing perceptions and interpretations of stressful events or situations. That is, instead of being irritated at avoiding livestock and baby strollers alongside the road while driving in Costa Rica, remember that everyone has a right to use the road, and share it.
Research has indicated that the use of cognitive coping strategies is associated with lower stress levels and fewer depression symptoms.
Sociocultural adjustment is the ability to fit in and execute effective and appropriate interactions in the new cultural environment. This can include the quality or quantity of relations with the local people and the length of residence in the host country. Some research indicates that greater satisfaction is reported with a host culture when host nationals take the initiative to befriend them. In general, culture specific knowledge, language proficiency, greater contact with host nationals, and longer residency in the host culture are associated with lower levels of sociocultural difficulty in the new culture.
Research in intercultural communication competence has identified several components are critical to the sojourners adjustment process: culture-sensitive knowledge, motivation to adapt, activation of appropriate and effective communication skills, mastery of culture based contextual rules, and achievement of code desirable outcomes between the intercultural communicators.
Whether you are experiencing culture shock yourself, or find yourself interacting with someone new to your country, a greater understanding of culture shock can help assuage the transition into the new culture, making it a more pleasant experience.
Culture and language
In order to access a culture, language is the key. You cannot fully understand a culture without speaking its language. This is because the values and worldview of a particular cultural group are embedded within their language use. For example, highly individualistic cultures often use "I" statements, while collectivistic cultures would use "we" and "our" more frequently.
Intercultural scholars have posited two worldviews that divide Western and non-Western cultures. These are the linear worldview and the relational worldview. In a linear worldview, rational or analytic thinking based in objective reality is valued. In a rational worldview, holistic, or connected, thinking is valued as stemming from a contextual reality.
In a linear worldview language system , facts and figures or models and theories are emphasized and the root of an argument. Two common reasoning patterns predominate: inductive and deductive. The difference lies in the organization of the argument. In an inductive style, facts and figures are presented first, leading up to proving a claim. This is the style of argumentation practiced in the U.S. court system, for example.
In deductive reasoning, the claim is made at the beginning of the argument, with the remainder of the presentation backing up that claim. Some European (e.g. France) and Eastern European (e.g. Russia) reasoning systems rely on this pattern.
In a relational worldview, the importance of concerns about relational loyalty and trust, extended family connections, and ingroup member dignity and honor predominate reasoning processes. Also, the idea of the spiral reasoning style is common. This style can be dramatic or subtle. For example, many Arabic cultures use a dramatic reasoning style, replete with effusive metaphors, stories, parables, and a variety of flowery adjectives to make and support a point. Image is often emphasized over digital content and form over function within conversation.
Conversely, many Asian and Native American cultures may prefer the understated spiral reasoning style, which includes subtlety, implication, reservation, and tactful nonverbal cues to convey an intended meaning.
There are additional reasons why language is the key to accessing a culture. Much research has concluded that language shapes our thinking – not only what we think, but how we think. It shapes ideas. Cultures without certain words in their lexicons are also lacking that concept in their minds. Further, language is an emblem of group identity and solidarity. On pure linguistic principles, all languages and all language varieties are created equal. But social hierarchies are often constructed and reinforced through the language, and variety of that language, one speaks.
Additionally, social change is reflected in linguistic evolution. Aside from the jargon the digital age has brought with it, social change is reflected in the move away from use of certain racialized and gendered terms in common prose and speech. In these ways as well, language reflects culture, and culture shapes language and its use.

Cultural characteristics within language use

The spectrum between self enhancement and a self-humbling verbal style represents another verbal pattern. In the self-enhancement style , it is important to draw attention to or exaggerate one's credentials, outstanding accomplishments, and special abilities. In the self-humbling style , it is important to downplay oneself via modest talk, restraint, hesitation, and self-deprecation concerning one's performance or effort. Some cultures, such as the U.S. and Switzerland, encourage their members to be loud and proud, to sell themselves and boast about their achievements. Other cultures however, including many of those of Latin America, Asia, and Native American nations are not comfortable with the idea of selling oneself.

Interested in learning more? Why not take an online Cross-Cultural Communication course?

There are also different conceptualizations surrounding the use of silence and talk. Silence is used as a critical communication tool in many Native American and Asian cultures. Silence holds strong contextual meanings in high context cultures, furthering interpersonal understanding. On the other hand, prolonged silence is often viewed as "empty pause" or "ignorant lapses" in the Western world. Silence can be the determiner of language superiority and inferiority, and can have both positive and negative effects.

We can take several steps to improve our intercultural communication flexibility. These can include 1) understand languaculture, or the necessary interdependence between language and culture. Variations in a particular language, from syntax to semantics, reflect a speaker's worldviews, values, and premises; 2) we can practice verbal tracking, which is to pay close attention to the content meaning of a message, beyond accent; 3) we can practice verbal patience, employing empathy and patience for non-native speakers and slowing our pace, using less complex words, consciously pausing, and trying to rephrase statements to convey intended meanings; 4) we can pay attention to our nonverbal tone of voice, and ensure that it conveys patience and receptivity as opposed to impatience and skepticism; 5) we can use multiple modes of presentation, such as pictures, gestures, or written summaries, to reinforce our points; 6) we should master the cultural pragmatic rules, which is well beyond language and into the realm of appropriate communications; 7) we can understand the differences between low context in high context communication patterns and be aware of our own ethnocentric tendency to negatively evaluate those with communication characteristics different from our own; 8) finally, we can practice verbal code switching mindfully, fluently switching between low context in high context styles as appropriate. In these ways, we can be more culturally appropriate and reduce the anxiety that can accompany intercultural interactions.

How to Manage Intercultural Conflicts

Obstacles and Opportunities in Intercultural Communication

An Overview of Wedding Etiquette

Analyzing Your Organization for Strategic Planning

Roles of Nonverbal Communication with Culture 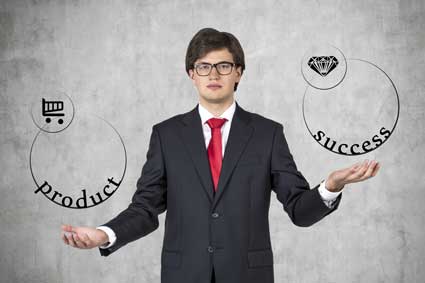 Delegating Decision Making in the Workplace

Avoiding Reverse Delegation as a Manager