Browse Courses My Classes
Understanding the Self for Better Communication

Understanding how to communicate with diplomacy and tact, it is crucial to understand something about the needs of the self. This is not because you need to understand more about yourself and your own needs, but because it's important to understand the fundamental needs of the people with whom you're interacting. With a greater understanding of these needs that all people have, you are better equipped to ensure that these needs in others are preserved through your communication, which in turn enables you to communicate with increased diplomacy and tact.

The self and interpersonal needs

Every person has three basic needs as social beings. These are the need for control, the need for inclusion, and the need for affection. The need for control reflects our need to control the events in our own lives. In this need for control, we don't allow others to make our decisions for us, but insist on making them for ourselves. We tend to find relationships unsatisfying in which we have too little control, but conversely, we can feel overwhelmed by the responsibility of having too much control, as well.
The need for inclusion reflects our need to belong. It is this need that compels us to join groups and organizations, and to be involved. Research shows that when people's need for inclusion is not met, they can experience mental and physical distress. We all know how "left out" we feel when we are not invited to something that it seems everyone else in our social group has been invited to. It is these two needs, the need for control and the need for inclusion, that are most relevant to our conversation about communicating with diplomacy and tact. That is, in order to not instill bad feelings in others, we need to make sure that we respect their need for control and for inclusion, as well. Thus, we are careful in telling others what to do and how to do it, and we are careful to include others, when at all possible, in order to meet these needs.
The third area of basic interpersonal need is the need for affection. This is the need to have people in our lives who appreciate us and communicate their affection through love and intimacy. While it is true that some contexts would call for affection in communicating with diplomacy and tact, such as with close friends and family, this is not the need for needs to be considered in all instances when attempting to communicate with diplomacy and tact.

In discussing needs of the self, it is important to understand that everyone has a public image they seek to maintain. This is how we wish to be seen or perceived by others. In image management, we consider the kind of image we want to project. Image management is the process. It certainly involves others, as they participate in our construction of our own image through their influences. It's also complex in that we have different images and different contexts – you wouldn't want to project the same image in the classroom for your peers and professors as you would want to for your friends at the bar on a Friday night. Sometimes these images clash, which brings a bit of distress. This occurs when, for example, you bring your girlfriend to meet your family for the first time and you have to simultaneously manage the image of you that your girlfriend knows with the image of you that your parents know. In terms of communicating with diplomacy and tact, if you want to instill positive feelings in others to your interactions with them, which is, of course, the definition of diplomacy and tact, then it may be wise to contribute to constructing the image that others wish to construct for themselves. In other words, if someone wants to be perceived as competent and you can recognize and understand this, then you would probably refrain from pointing out an incompetency in the interest of diplomacy and tact.

The idea of face was put forth by sociologist Erving Goffman in the 1950s and became a mainstream concept through his books. You've probably heard of the idea of saving face or of losing face. These are the concepts referenced here. The concept of face is arguably so vital to communicating with diplomacy and tact that we will spend the remainder of this article on this concept.

First, let us begin with some definitions that belong to the concept of face. "Face" is a person's desired public image. It is about identity respect and other-identity consideration issues, both within and beyond, the actual communication episode. In this sense, it is with us at all times, and its considerations are present in all of our interactions and behaviors. It is connected with the emotional significance we attach to our own social self-worth and the social self-worth of others. In this way, in our communications, it is a very precious identity resource because it can be threatened, enhanced, undermined, and bargained over. The individual components of one's desired public image are known as "face needs."
The specific verbal and nonverbal behaviors that we engage in to maintain our desired public image to others is known as "face work." When one or more of our face needs is challenged, this is known as a "face threatening act" (FTA), and essentially equates to face disrespect. We lose face when we are being treated in a way that challenges or ignores our expected identity claims, especially in a conflict situation. In other words, an FTA is a violation of our identity expectancy.
Some research has found that we each have three different kinds of face: autonomy face, fellowship face, and competence face. Autonomy face is the need to avoid impositions from others. This is what makes us want to do things our own way. Fellowship face reflects the need for others to like and accept you. It is this face need that motivates us to make friends and join groups so that we can be in the company of others. Competence face is the need to be respected and viewed as competent and intelligent. It is this need that compels us to seek professions and things we're good at, and avoid situations in which we will embarrass ourselves.
Even though all of us have all of these face needs, we may not be aware of them until they are threatened or violated. That is, if you attempted to join a group and you are rejected, your fellowship face is threatened. If this group is based on a degree of intellect and/or high achievement of some sort, your competence face might also be threatened. In efforts to restore our face, we might make face-saving comments, such as, "I didn't want to be in that stupid club, anyway." The truth is, of course, that you wanted to be in it, or you wouldn't have applied. Nonetheless, when you say such a thing, you're able to manage your image by making others believe that your face needs weren't threatened. As such, this is a type of defense mechanism that helps minimize the effects of the FTA.

In our everyday social lives, we maintain our own face and/or uphold others' face. Thus, face maintenance is the civilized front we use to present ourselves to others every day via politeness rituals. Through the routines in which we engage and take for granted every day, we sustain our face or interaction poise. We really only notice face when it is threatened. Face-defending or face-saving strategies are almost always needed in conflict situations, when one face is being threatened or attacked. When our face is being attacked, we become emotionally vulnerable or anxious, and begin to experience emotions, such as fear, anger, humiliation, guilt, shame, disgust, and contempt. Concerns of face and face strategies generally include requesting, embarrassment, performance feedback, and complimenting situations.

In preventative face work, communicators employ a range of strategies to avoid losing face. These might include credentialing, or asserting one's status before delivering potentially face threatening comments. An example might be, "I've been doing this for a long time and I think…" or, "I love you very much and only want the best for you; that's why I'm telling you this…" A second strategy is a suspended judgment appeal, which directly requests the listener to suspend premature judgment. An example is, "Before you make up your mind, listen to what I have to say." Third, communicators can use pre-disclosure, which relies upon relational solidarity/bonding statements in exchange for face support. An example is, "We've all made fools of ourselves at some point or another. So…" Another example, which can be quite useful, is "I'm going to disagree with you." Pre-apology is the next strategy, and includes self-deprecating apologies to lower expectations. An example is, "I‘m sorry I have to tell you this…" Hedging means preemptive, fudging phrases, such as, "I may be way off here, but it looks to me like…" A disclaimer is a pre-handicapping statement used to cushion potential criticism. An example is, "Since you all know a lot more about this than I do…"

In restorative face work, communicators use a range of strategies to restore face that has been lost. These include direct aggression, which is yelling or physical violence; excuses, or explanations to minimize the personal responsibility for the offensive behavior; justifications, or explanations to downplay the severity of face-loss behavior; humor, which is laughing at the actors' mistakes, or humoring them to encourage them to lighten up; physical remediation, which attempts to repair physical damage, such as cleaning up the mess someone accidentally made; passive aggressiveness, or denial, forgetfulness, sarcasm, blaming, or complaining; avoidance, which is distancing oneself from the situation; and apologies, which are self-deprecating efforts to alleviate guilt or shame.

The concept of face is instrumental to a conversation about communicating with diplomacy and tact. It is so vital to this topic, in fact, that we will return to it in later chapters with our discussions of politeness.

How to Communicate with Diplomacy and Tact Using Nonverbal Communication 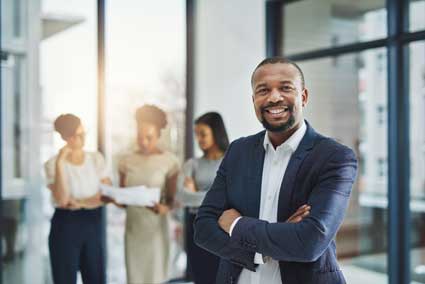 Grow Your Company by Providing a Customer-Focused Business 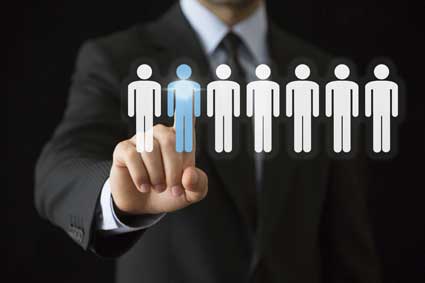