Arriving at a crime scene, crime scene investigators and other law enforcement personnel are oftentimes confronted with distraught and emotional family members, friends and witnesses. In many cases, close family members and friends often try to 'help' the victim by either moving him or her or 'putting the place back in order' before police arrive, for various reasons. Knowing how to deal with extreme emotions and witnesses of a violent death is a necessary part of your job.

Sometimes, even police officers will attempt to try to 'do something' for the deceased, especially if family members are present at the location. This is often the case of suicide by hanging, where crime scene investigators often arrive to find that the victim has been cut down and then laid out on the ground, covered from the view of distraught relatives. However, it is extremely important that the crime scene be left undisturbed until crime scene investigators, technicians and other personnel arrive so that photographs and measurements may be taken prior to disturbing any potential evidence.

The crime scene investigator who arrives at a scene where witnesses are still present may decide to question them or examine skin, clothing and hair, especially in the case of a violent death. As such, it is important that witnesses be separated from the immediate vicinity of the victim to prevent cross-contamination.

A crime scene investigator will often ask witnesses for their version of what happened as well as to attempt to find out more about the victim's actions immediately prior to death. Speaking to witnesses, especially family members and friends, needs to be handled tactfully and respectfully despite the urgent need for information.

A well-trained crime scene investigator will be aware of the psychological impact of the violent death of a family member. Surviving family members are initially in a deep state of shock that may make it difficult to obtain reliable information. At the time, immediate grief is coupled with anger or helplessness. The manner of death also has a large impact on survivors. The horror involved in a rape and murder of a young woman or the attack of an elderly woman in her home will elicit expressions of horror and unbelievable anger from many witnesses. Suicide, murder or death caused by a vehicle accident is more difficult for family members to work through than a natural death, especially if the victim is a child.

The death of a child through murder creates a special challenge to law enforcement personnel and crime scene investigators for a multitude of reasons. For example, officers who first arrived at the scene of the Jon Benet Ramsey incident determined that the child had been moved, not once, but twice, and her remains wrapped in a blanket. Family members had held the child prior to the arrival of crime scene investigators, and nearly all evidence found in the house as the hours passed was determined to be contaminated in one way or another.

While such a reaction from loved ones is understandable, the circumstances in this case eventually made it impossible for the culprit responsible for the death of the child to be indisputably proven and held accountable.

However, it must be understood that the initial reactions of a parent are not to preserve evidence, but to provide comfort to not only their deceased child, but for themselves as well. Dealing with such a range of raw emotions is a challenge for novice and experienced crime scene investigators.

Working the scene of a law enforcement officer killed in the line of duty presents special challenges to crime scene investigators as well because they will be expected to put all emotion aside in order to effectively process the crime scene.

When questioning witnesses, family members or friends of victims, it is important to remain patient and courteous at all times. A show of impatience or lack of concern will only serve to distance witnesses from offering what may be potentially valuable information. Sometimes, this reaction is not deliberate, but is merely a protection mechanism that is adopted by many surviving family members and friends following the death of a loved one. They may feel that what they have to offer in ways of information is not valuable to the questioning officer or crime scene investigator and will hesitate to share such information.

Family and friends hearing such conversation may question the professionalism of the investigators, or even wonder if the death of their loved one is being taken seriously. Damaging relations between potential witnesses and law enforcement personnel at such a vital stage of the investigation is not wise. At all times, keep conversation limited to the task at hand, speak softly so that everyone surrounding the crime scene can't hear what you're saying, and above all, always strive to maintain a professional demeanor when attending to any victim.

Charles Silberman, author of Criminal Violence, Criminal Justice says, "Because they rarely come upon a crime in progress, police depend on members of the public for knowledge that a crime has been committed. They are equally dependent on victims, witnesses and other informants for knowledge of who the offender is and where he might be found."

A former Long Beach, California Police Department Commander suggests the following guidelines when interviewing or questioning any potential witness to a crime. While in most cases, uniformed police officers or detectives assigned to the case will interview or question witnesses, there are times when a crime scene investigator will be required by necessity to question witnesses as well. Knowing the basics of how to accomplish a successful contact between witness and investigator may make all the difference in the resolution of a case.

The key points to remember in any interview are to:

In many cases, family members and friends will want to know information about the death of their loved one. At times, it is difficult to know what information can be released and what can't. Oftentimes, information must be contained in order to help crime scene investigators and other law enforcement personnel to eventually capture the perpetrator.

Determining what information and details to release to family members must be addressed case-by-case. During the early stages of the investigation, it is often necessary to withhold information, for both strategic and tactical reasons. It is important for surviving family members and friends to be made aware of this. In most cases, the family understands this process. However, whenever possible, and at the appropriate time, informing the family of details is essential in not only furthering a good relationship during the pursuit of a criminal case against a suspect, but for the peace of mind of surviving family and friends as well.

All About Accident or Sickness Insurance and Property Insurance 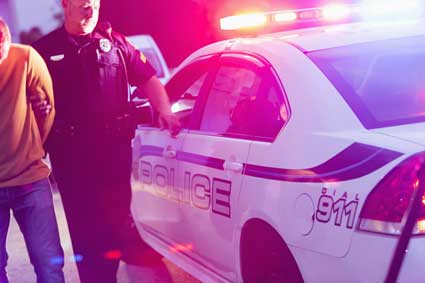