Browse Courses My Classes
The Impact of Crime on Community Development

Crimes' role in both the process and in communities in general is rather significant due to the extent of its presence in today's society. For many, crime is a serious cause for concern and often impacts people's decision to live in certain areas. It's a frequent issue for communities, and many other issues can be affected by criminal activity in the area.

Crime In The United States

Crime is one of the unfortunate inevitabilities in the world, and can happen pretty much anywhere. While there are certain conditions and details that increase the likelihood of some kind of crime occurring, there's also no guarantee that it will happen anywhere either. In the United States, crime rates and criminal activity has long been at topic of discussion, especially in recent years. Particular areas of the country have become areas of interest in the discussion surrounding crime because of the recent increase of violent crime in those areas compared to others, such as with the city of Chicago and its surging homicide rate.1 Conversations about these areas in the last election cycle has raised concerns with the public, and has prompted some to question if they are safe in their own communities.

Contrary to popular belief, crime rates have actually decreased over the last twenty years. The 2016 statistics released by the FBI shows that while there were slight increases in certain types of crime throughout the country-possibly due to pockets of increased violent crime like Chicago's homicides-overall crime rates are lower than previous years.2 There's an abundance of speculation into why the overall crime rate has dropped in recent years, and there isn't any specific reason that has been pinpointed yet. Experts have suggested things like incarceration, geography, changes in laws, demographics, economic practices, leadership-the theories are all over the place.3

So if crime has decreased nationally, why are people continuing to be fearful of potential rises in criminal activity in their communities? There's quite a bit of a discrepancy between the data being collected and the public's perception of the situation.4 Part of it is how it's being talked about and how often, and how people are interpreting the information. The places where there are surges in crime rates are being talked about in such a way that people think that it's happening everywhere rather than just one particular area. Smart phones and social media have actually made it easier for news regarding certain crimes to spread much faster and much farther than they would through conventional means. The idea of 'this is how things are and it's only getting worse' gets into people's minds, and it's hard to convince them otherwise when there's so much that publically agrees with that thought process. It is good old-fashioned fear and human nature at work.

The Interaction Of Crime And Community Development

Due to crime being such a significant issue-even with a statistical decrease-and community development's role in combatting issues in communities, the two make a pretty fine match. Unfortunately, there's such a focus on reducing poverty and boosting local economies in community development that crime and public safety matters tend to be an afterthought.5 People tend to overlook the fact that many of the aspects that the community development process addresses have a connection to crime. Community safety and criminal activity can be both a cause and a byproduct of the issues that prompt the community development process. An example would be a community that has a poor economy and a high rate of thefts. New businesses that would prompt economic growth and improvements avoid the area due to the threat of theft and other criminal activities that can hurt business owners. The thefts themselves could be a result of business and jobs in the area, causing people to resort to stealing in order to get the resources (food, clothes, etc.) that they need.

Crime and other issues related to public safety can also act as an obstacle to the improvements made by community development. It's difficult to improve a community's appearance and character if vandalism is destroying things being brought in or repaired in the community for example. Rather than stressing out over the situation, it should be properly addressed. Most development plans need to consider the impact that crime-current and potential-can have on improvement efforts, and solutions to address those factors are often going to be a necessary inclusion. Ignoring community aspects related to crime isn't just going to be problematic later on, it's a sloppy way of planning that can make things unnecessarily difficult.

The relationship between crime and community development isn't just an antagonistic one; it can also be beneficial. Data associated with community crime can be incredibly informative when handled correctly. In looking at geography, high-crime areas in a community are probably going to have other issues that are sustaining the criminal activity occurring there. Information collected from those impacted in those particular areas-residents, law enforcement, and even the perpetrators of the crimes-can alert community leaders to things that they may not be able to learn about elsewhere. It also opens up the lines of communication with those areas, which can make it easier for strategies to be implemented and progress to be monitored.6

What Crime Does To Communities

In order for the community development process to properly address crime and the issues it causes, those leading the process need to understand the effect that crime has on communities. With few exceptions, crime is going to have a decidedly negative effect on a community and its members; bringing people together and taking action against crime is really its only redeeming quality. Every community is going to be different and will have different types and amounts of crime occurring there. Thus there's going to be some variation regarding the impact of crime from community to community. A few of the effects include: 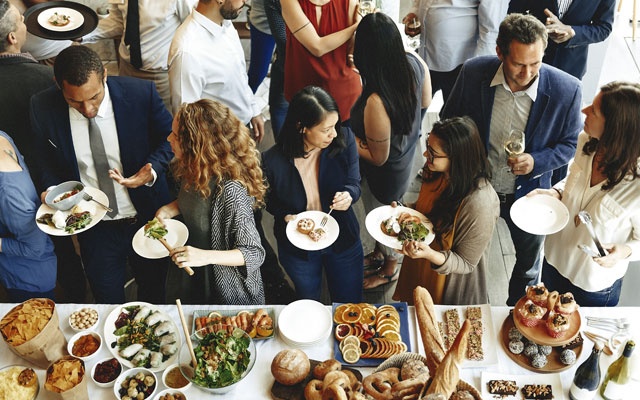 Outlook of the Future of Community Development

Involvement of Government in Community Development

Internet Marketing: How To Deal with Personal Writings, Opinion Pieces and Blogs of Your CEO

Being a Salesperson versus Being a Business Owner