Browse Courses My Classes
Funding Sources for Mortgages
On one end of the spectrum, we have bankers whose funding comes from their institute of affiliation, that is, the bank for which they work.
And, on the other end of the spectrum, we have brokers whose funding is obtained through a myriad of ways as dictated by the creditworthiness of the borrower, the requested amount, and the manner in which the loan is packaged.

When we speak of the distinction between bankers and mortgages, in the former, we are referring to those who provide funding to property buyers out of their own reserves.

The consumer advantages of such a system include stability of funding (as opposed to having to seek out various sources), institutional backup support, greater ease in weathering downturns in the mortgage industry, and reduction in additional fees derived from outside lenders.
Bankers are viewed to be direct lenders who operate as part of a retail establishment. Although mortgage banks may be competitive in certain realms, they tend to focus on select products and services and encourage their sales agents to highlight these in their appeal to consumers.
And while banks may not feel the need to be overly competitive in terms of rates, they do attempt to fill a niche in the marketplace, for example, flexible underwriting (easier approval) of loans.
Mortgage bankers' financial successes are interconnected with a loan's performance. This then, gives bankers a stake in the borrowers' abilities and willingness to repay their loans.

Those that are members of the Federal Home Loan Bank System can pledge mortgage loans and mortgage backed securities as collateral for funding advances, can issue brokered certificates of deposit, and/or can derive funds through the ongoing management of risks at various stages during the life of the loan.[i]

Hence, in recent years, banks have moved to a new model where they sell their mortgages to the bond markets (secondary markets). And, while this made it easier to fund additional borrowing, it has also led to abuses for some banks no longer feel the need to be as thorough minded with respect to the mortgages that they issue.

Interested in learning more? Why not take an online Mortgage Broker course?
Brokers known also as multilender platforms represent a consortium of lenders as opposed to one specific lending institution.
While bankers need to be beholden to their products and services, brokers can represent a host of different offerings and do so in a truthful, non-biased way. Because brokers receive the same compensation regardless of whose product they are selling, often times as compared with bankers, they are able to provide consumers with more objective recommendations.
Rather than a retail operation, brokers deal through a wholesale arrangement whereby the lender provides the broker with a commission upon the delivery of a loan. Instead of being charged back to the borrower, this commission, which can be upwards of 1% of the loan amount, comes out of the lenders' pocket.

To entice the borrower, the broker may opt to reduce the loan amount by their commission fee. In lowering the pricing, they are able to compete, and often times undercut, the loan costs of retail establishments.

With respect to funding sources, brokers tend to rely upon the selling and securitizing of loans and warehouse lines of credit to support their loan originations.[ii]

In the United States, persons who take out mortgages have a range of options in terms of how they pay off their home loan. Beyond simply paying their required monthly fee, they can elect to pay more each payment (known as a curtailment) or they can opt to pay off the loan in full (known as prepayment).

Yet, because both the curtailment and prepayment options result in altering the current loan principal, the monthly flow of what is known as a Mortgage Backed Security (MBS) is not able to be predicted. This then, presents an associated risk factor for those who invest in mortgage backed securities.

Chartered by the U.S. government, Fannie Mae was created as a business whose purpose it was to buy Federal Housing Administration (FHA) and Veteran Affairs (VA) mortgages on the secondary market, merge them and sell them as MBS to investors on the open market. Although Fannie Mae began as a public company, it later became privatized.

Note: Recently, in 2008, Fannie Mae went back under government oversight as part of a buyout plan.

According to the Bond Market Association (BMA), at the end of the last quarter of 2007, the total market value of all outstanding U.S. MBS was approximately $ 7.2 trillion.

Further statistics provided by the BMA show the growth in size of the issuance in the U.S. of MBS for the past several years:

Becoming quite a large, looming figure within the securities industry and growing incrementally each year, it was in 2000 that the MBS market first outsized that of the U.S. Treasury notes and bonds market.
E. Weighted Average Maturity
To understand how Mortgage Backed Securities work, the concept of weighted average maturity (WAM) is a helpful one to know. The WAM is an average across several loans, and applied to pools of mortgages, instead of an average of principal repayments for a single loan
.
To determine a WAM, you divide each outstanding loan amount by the total amount outstanding in the overall groups of mortgages (for example, $900,000 as the outstanding loan amount for one particular loan / $825,000 the averaged outstanding amount). The figure derived represents the outstanding amounts (generally speaking) at the MBS time of issue.

Reasons why originators (lenders) of mortgages opt to finance their activities by issuing mortgage backed securities include:

Are You in a Debt Spiral?

Customer Service: How to Give a Great First Impression in Order to Earn a Loyal and Happy Customer

What Are the 5 Most Common Loan Types?

How to Acquire New Customers and Keep Existing Ones

Know What Affects Your Credit Score 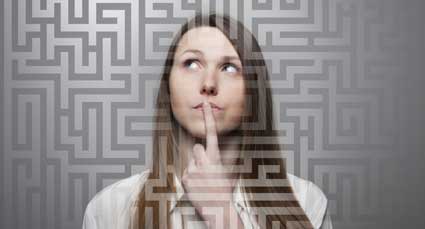 Learn How To Put Your Customer First