Browse Courses My Classes
How a Bank Determines Loan Payment Calculations
To understand the nature of the loan agreement, we will look at the ways in which loan officers and processors ascertain the regular payments that clients need to make to remain in good standing on their loans. Furthermore, we will explore the breakdown of the fees and costs associated with borrowing money.
Lending Figures
One of the most important skills for a loan officer to have is that of numeracy. A fanciful term--if you will--it describes someone who works well with numbers.

And, within the lending industry, the numerical calculations with which a loan officer will be faced include: deciphering a total loan amount, deciphering amortization periods, tabulating interest rates and payment frequencies.

There is also the matter of point fees, remunerations earned by the loan officer. Such additional charges are then added into the overall figure presented to the borrower as part of the total loan package.

When attempting to precisely calculate the payment terms of the loan, such concepts as present value, future value, and annuity case scenarios come into play. Combined, they represent the timeline of an investment and the accompanying stream of payments. While discerning figures and amounts, what becomes clear is how specific values change over time.

Generally speaking, within a lending scenario, there is the simultaneous occurrence of the following two factors:

In the financial lending formula, there are the following five core parameters:

Calculations
Want to learn more? Take an online course in Loan Processing.
To determine the amount a borrower will need to pay on a monthly basis, loan officers tend to employ the following classic equation:

Based upon the aforementioned equation:

In the classic equation, it is assumed that the payment will be made monthly.

By deferring to the following formula program, loan officers can accurately calculate a borrower's monthly payment based upon a pre-specified principal, interest rate, and payment schedule.

Monthly Payment: _______._________
Interest Charges
Lately, much news has been devoted to the topic of interest rates. This is because interest rates a) tend to fluctuate a great deal, b) serve as major economic indicators, and c) play a pivotal role in loan rates.

This figure is a tell-tale sign as to whether a client will be able to consistently meet their regularly scheduled payments.

And while, at times, the calculation of interest rates can prove to be a complex task, the pared down method for deriving at such a figure can be simply defined as: the dollar amount of interest charged divided by the amount of money borrowed.

The interest charge is added to the principal to determine the total amount to be repaid. This amount is then divided by the number of repayment periods to determine each payment.

The periodic payment is: Bn = (A + I) / N, where B = total payment and n = repayment periods covered under the loan.

Very similar to the Add-on Method, the Discount Method calculates total interest in nearly the same way with the one exception that the interest is subtracted from the loan amount and the borrower receives the balance.

The major difference between the Remaining Balance Method and the previous two, Add-on and Discount, is that beyond the complexity of the mathematical calculations, interest is not charged on principal that has already been repaid.

After reviewing the three interest calculating methods, it becomes clear that, dependent upon the method employed, the total interest charges, periodic interest payments, and periodic principal payments do have the potential to vary.
Repayment Plans

And while the loan officer can make suggestions, the decided loan structure payment ultimately is the decision of the borrower.

The major structures from which a borrower can opt include:

Lump sum repayment. The borrower agrees to pay principal and interest in one lump sum at the end of one year. Hence, if $5,000 is borrowed for a one-year period at a 6% interest rate, then at the end of the year, the borrower would need to repay $5300, the principal + interest.

Periodic payments of principal and interest. In this payment plan, the borrower agrees to repay portions of the principal each year of the loan (a typical term is a four-year loan period) along with interest at the end of each year.

As such, according to this type of structure ($10,000 at 10%), a borrower's payments would adhere to the following schedule:

Amortized payments. These are defined as payments equally spread out over time, within this type of plan, the borrower signs on to make identical monthly payments so that over the course of a five-year period, the principal and interest will be fully repaid.

With amortized payments, it is common to refer to an amortization table (either in a book or online) to determine the monthly amount that must be paid over the course of five years in order to fully pay off a $10,000 loan along with the current interest rate.

Amortized payments with a balloon. In this type of loan structure, though the borrower plans on making equal monthly payments based upon a five-year amortization schedule, they agree to pay off the remaining principal at the end of the third year.

Yet, even though the borrower has consistently made equal monthly payments over the course of the three-year period, they would still be left with a bulk amount of unpaid principal. As such, in addition to their normal payment, the borrower would still need to make a balloon payment to cover the remaining chunk of principal. 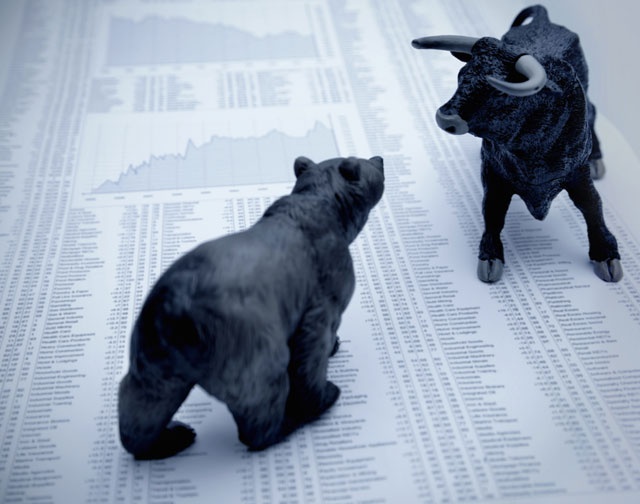 Introduction to Home Staging for Selling

How to be a Retailer

What is Loan Underwriting?

How to Read a Loan Application

The Loan Process and Structure