Before you can be a good journalist, you must first be a good writer. This means you must know how to put words together so that they make sense, flow, and are correctly punctuated. Another important element of news writing is grammar and style. Grammar is the structure of the writing that takes into account the syntax and linguistics, while style is the writing's distinctive appearance and sound. Grammar is decided according to hard and fast rules, but style is more personal and puts your mark on the piece of work. Although very different, they are both essential to quality work and will be discussed together in this section. Please note that this section is meant to refresh your basic grammar skills, and is not comprehensive.

There are few things that will turn a reader away quicker than poor writing. Grammar is the most basic example of this: When words are misspelled, or there is a mismatch between nouns and the proper tense of verbs, or you have used punctuation incorrectly – you are going to lose your audience faster than if you wrote something that offended them on a personal level. Why? Because they'll never get to a point where they will read the content. Poor grammar marks you as an amateur, and you won't be long for the newsroom with that label! So let's conduct a crash course in grammar!

The basic parts of speech are nouns, pronouns, verbs, adjectives and adverbs.

A noun is a person, place or thing.

A noun can be singular or "one."

A noun can be plural or "more than one."

A noun can be proper. That means it names something specific. They begin with capital letters.

Collective nouns are a group.

If the group acts as a single entity you use a single verb. The government is in charge.

If group members act individually you use a plural verb. The team members said they will lose.

A pronoun takes the place of a noun.

Examples of subject pronouns that come before the verb: I, you, he, she, we, they, it

Examples of object pronouns that come after the verb: me, you, them, us,

*Know when to use its and it's.

Example: That is its home.

it's is short for the words it is

Interested in learning more? Why not take an online Journalism course?

Example: It's going to be a great day!

A verb is the action or state of being word (linking) or words in a sentence.

I ran up the hill. You jump on the chair. They think about their mother.

Example of a state of being verb: is, are, was, were

An adjective describes a noun.

An adverb modifies a verb. They often end in "ly."

Begin each sentence with a capital letter. Trains are an interesting way to travel.

Use a period at the end of a statement. Trains are an interesting way to travel.

Use a question mark at the end of a question. Are trains an interesting way to travel?

Use an exclamation mark to indicate excitement. Trains are an interesting way to travel!

A comma ( , ) is used to indicate a pause between parts of a sentence or items in a list.

Joan bought apples, peaches, and bananas at the store.

In the scheme of things, is it more important to reflect, or to forge head on into the future?

Use a colon ( : ) at the beginning of a list or to separate a quote from the speaker.

The losers were: Thomas Paine, Henry James, and Samuel Patterson.

Judge Thompson said: "Don't drink and drive again or you will go to jail."

Use a semi-colon ( ; ) to separate phrases with commas in them.

An apostrophe ( ‘) can show possession or indicate missing letters or numbers.

Quotation marks are used to enclose the actual words of a speaker.

Other basic rules of writing include:

Here is an example of a paragraph about famous landmarks.

There are several famous landmarks in our area that bring thousands of tourists here every year. Some people come to see the natural, soaring peaks that ring the western border of the state. Others come to enjoy the clear blue waters of Everywhere Lake. They fish, swim, kayak, and boat. Still other visitors bring their camping gear and hiking equipment, so they can enjoy the many parks that are open to the public. Our popular sites are a great source of income for the government and citizens.

Can you pick out the opening statement? Of course, "There are several famous landmarks in our area that bring thousands of tourists here every year."

Do you recognize the body of the paragraph – or the supporting details in the next three sentences? "Some people come to see the natural soaring peaks … Others come to enjoy the blue waters …They fish, swim, and kayak… Still other visitors bring their camping gear…"

The concluding statement is the wrap-up, or indicates that the paragraph is complete. "Our popular sites are a great source of income for the government and citizens."

Paragraphs are the building blocks of articles. When combined with other writing techniques the journalist should become skilled at creating original and informative work.

Writing style is the way writers compose their work. It may be formal or conversational, but over time, as the writer hones his or her craft, it is a reflection of their personality and the way they interact with the audience. A writer's ability and tendency to pen a written piece that sounds uniquely like him or herself is known as voice. Tone is the attitude that shines through the words. For example, the tone of a piece of writing may be funny or serious, emotional or dispassionate. That would depend on the purpose of the writing. Sometimes, tones may be interwoven, such as when giving a speech. The speaker does not want to be too boring, so he or she may break up the oration with bits of humor. At the same time, they may want to be informative, so the writing would be instructive.

Style is one of the most difficult and elusive components of the writing process to understand, yet is the very essence of what makes good – nay, exceptional – writing that touches the reader. Let us consider the elements of style in greater depth in this section.

First, the journalist should write in an active voice, if at all possible. That means there is a subject of the sentence that precipitates action; the action is not done to someone. For example:

The writer won the Pulitzer Prize.

NOT: The Pulitzer Prize was won by the writer.

OR: The doctor operated on the child's liver.

NOT: The child's liver was operated on by the doctor.

Do you see the difference? The sentence jumps into action by saying who did what.

Now, of course, not every sentence can be written this way – and when you are writing in-depth articles or investigative pieces, you will want to pepper the writing with different sentence lengths and structures. But, for the beginning journalist, entering hard hitting news, relying on the active voice in your writing will serve you well.

Next, one of the hardest parts of explaining style is teaching the writer about "voice." Voice is your personal thumb print on the writing. It sounds like you are talking, only the words are not coming from your mouth, they are appearing on the paper. Still, the reader can imagine the person behind the words, The reader feels like you are right there talking to him or her, and that you care very much about the subject on which you are writing.

Teaching a journalist to write with voice – and style - is very challenging. After all, the aim of most articles is to deliver information without bias or opinion; yet when the opportunity presents itself to let the reader see who you are behind the writing – it is a good way to develop an audience and develop the skill. Think about some of your favorite writers. You can probably identify their work, even if you were not told they penned it. That is because their voice shines through. Now, there is no doubt this is easier to do in fiction, but there are also opportunities in journalism. For example, human interest stories, narratives, and investigative work offer the writer opportunity and license to make the work more personal, by letting just a hint of you, the writer, shine through.

It is possible to learn how to become an engaging journalistic writer, whose work is not only functional and effective, but brilliant. There are two things you must do to become masterful in the craft – read. And write. There is no way around it. And we are not talking about reading online news. We are talking about reading lengthy pieces of writing. Books. Textbooks, nonfiction books, fiction books. That is the only way you will develop an ability to string words together – by having those very tracks laid down in your brain, as an example. When you read, you are working the muscles of your mind – and that is essential; it is nothing short of a requirement to becoming a good writer. But, then, so is writing. You are not going to wake up one day and be a good writer, if you have not practiced and practiced. Every professional must practice their craft and the same is true of the journalist. It can be a lonely existence, to be sure. But if you have chosen to write for a living, it is the only way to get there.

The world of writing is filled with average, adequate journalists – brilliant ones are one in a million, and news organizations that are lucky enough to land one will do just about anything to keep them. These are the writers with bylines and popular followings – and that translates into subscription and advertising dollars. It also translates into substantial salaries for exceptional writers, and while we enter the field of journalism with the most altruistic of intentions, everyone has to make a living!

Ask some experts what is meant by journalistic style or just "style" in writing, and you will find that it is one of the most difficult attributes of writing to define. It is voice, it is flow, and it is flair and professionalism. It is the ability to speak directly to the reader, without ever meeting them. It is the unique and pristine arrangement of words, captured and organized in a way that the words actually speak to the reader. For the journalist there is hardly anything that brings greater satisfaction than a piece of writing that touches other people. Writing style is putting order to words, and putting words in an order that says "keep reading."

What is a Product Vision? 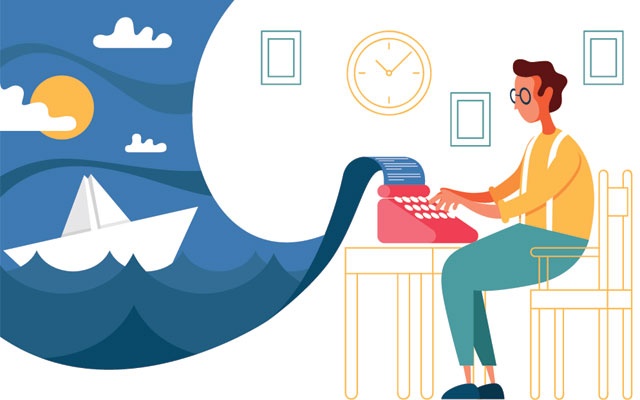 Identifying and Prioritizing Needs and Risks in Strategic Planning 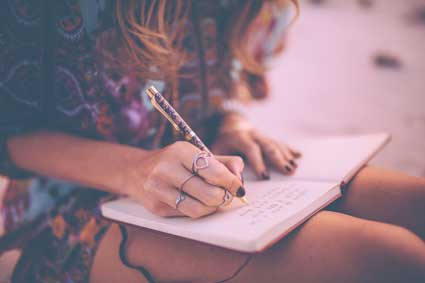 How to Master a Conversation by Controlling the Communication Framework

A Brief History of Journalism: How We Arrived to Where We Are 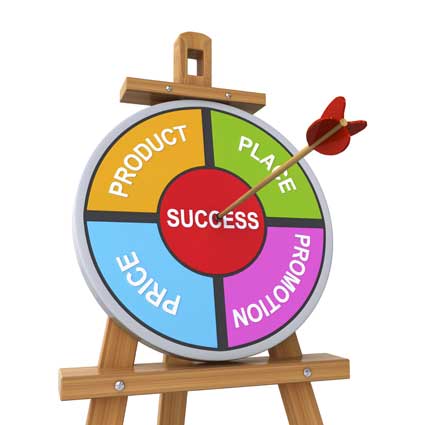 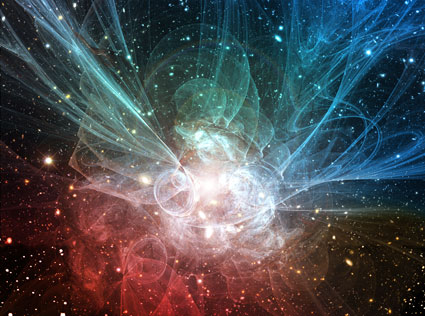 The Process of Goal Setting in Becoming a Millionaire

How to Identify Your Business Buyer, Their Behaviors, and Your Market

The Importance of Brand Equity