$50.00
no certificate
- OR -
$75.00
with CEU Certificate*
Start Right Now!
Taking multiple courses? Save with our platinum program.

This self-paced online course will provide you with a review of the grammar and writing skills necessary when taking any high school or college test, or with your everyday work-related writing and correspondence.

Divided up into 15 easy-to-understand lessons, this grammar course concentrates on usage, the mechanics of a sentence, spelling, and a general review of grammatical problem areas. Each lesson focuses on frequent errors, gives examples, suggests strategies, and offers further study guides.


This course is ideal for all types of students who want to get an edge on taking a high school, college, or a job related English exam and anyone wishing to update and improve their grammar skills.
The Parts of Speech
Traditional grammar identifies eight parts of speech in the English language, namely: verb, noun, pronoun, adjective, adverb, preposition, conjunction and interjection. Each part has a function within a sentence; the function each part of speech serves identifies what part of speech it is. Each part connects to the other in some way to form sentences with meaning and which are grammatically correct. This quick reference does not cover the multitude of grammatical rules of the English language as it pertains to the parts of speech; however, it is a great summary and starting point for future lessons. Don't worry about memorizing every detail in the flowcharts below; we will go over specific details later in the course. 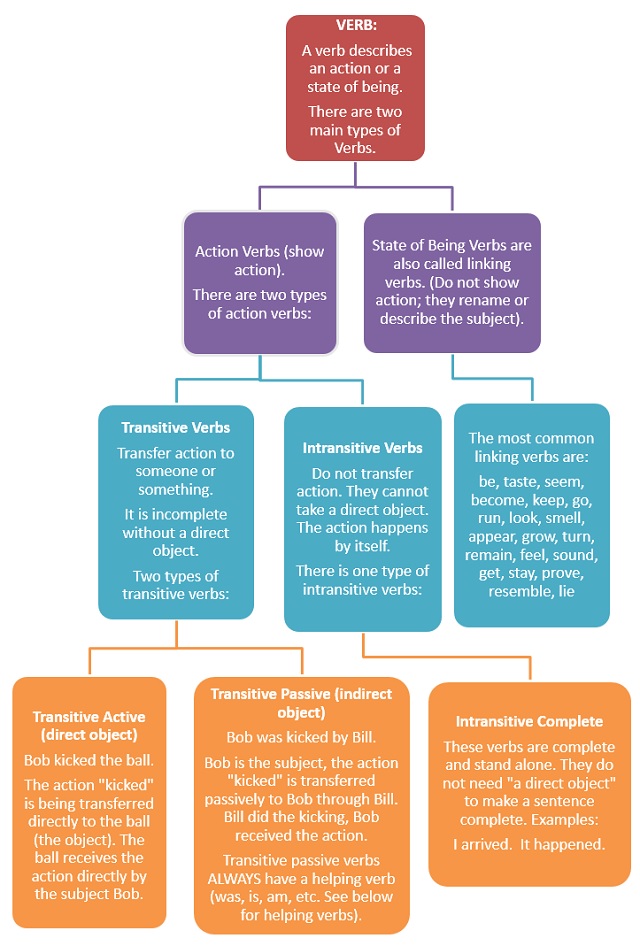 The finer points of verbs include the following information.

The last types of verbs are Helping Verbs . There are twenty-three helping verbs. Their sole purpose is to help action verbs and linking verbs. Transitive passive verbs ALWAYS need a helping verb to make a sentence complete. If you can, try to memorize them.

The twenty-three helping verbs are:

Examples of how helping verbs work in a sentence:

The helping verb was cannot stand alone: Bob was. 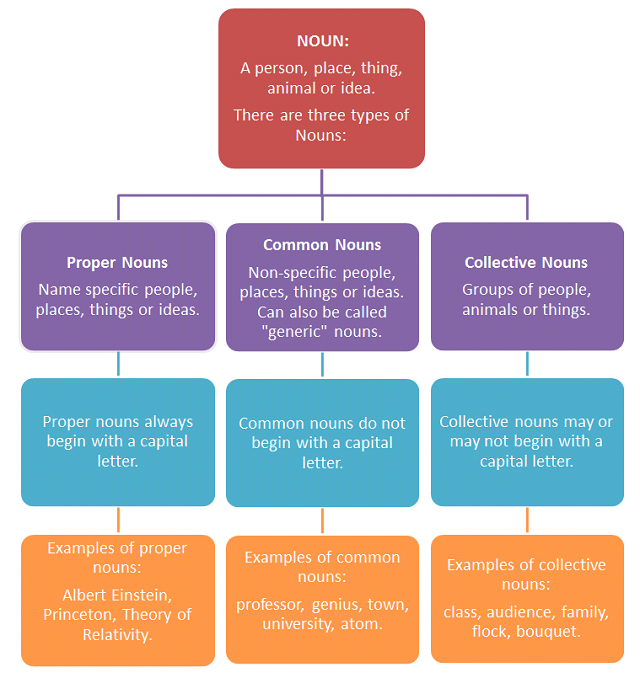 Here are the finer points of nouns and a few rules to learn and memorize.

Most singular nouns can be made plural just by adding an s at the end.

Here are the exceptions to adding an s at the end of a noun to make it plural.

If the noun ends with y and the preceding letter is a consonant, not a vowel, remove the y and add ies to make it plural.

Words that end with the letter f

Most words that end with the letter f can be made plural by adding s at the end. Here are the exceptions to that rule:

There are thirteen (13) nouns that cannot be made plural with the letter s . The f is removed and ves is added, and those thirteen nouns are:

The plural forms of those nouns are:

There are four (4) nouns that end in f that can be made plural by adding s or ves at the end, they are:

The plural forms of these nouns are:

Either plural form is proper and correct.

A concrete noun is a noun that you can take in with the five senses (sight, sound, touch, taste, or smell).

An abstract noun or idea noun is something that cannot be observed by the five senses.

If you are uncertain whether the noun is concrete or abstract, just ask yourself, "Can I touch, see, hear, taste, or smell this?" If so then it is a concrete noun; if not, then it is an abstract noun. 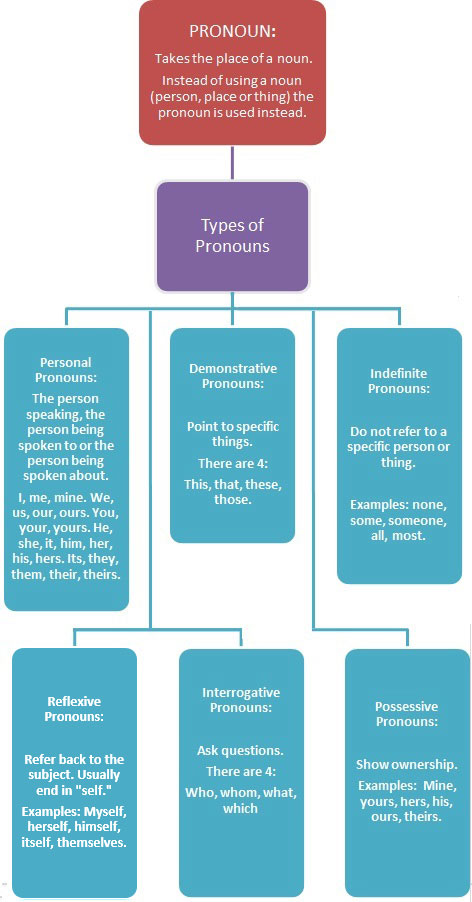 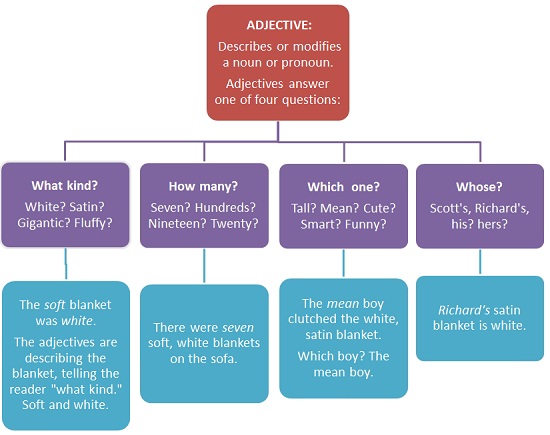 The finer points of adjectives are presented below.

Articles. Articles are a special type of adjective. They are determiners in that they determine the definiteness and specificity of the noun they precede.

There are only three articles: the, a, an.

The is a definite article, because it indicates a specific person, place, or thing:

The book, the apple, and the knowledge.

A and an are indefinite articles because they do not indicate a specific person, place, or thing:

A book, an apple, a knowledge.

Instead of reading a book, she ate an apple. (Which apple? An apple.)

Proper adjectives.   Adjectives that answer the descriptive question, "What kind?" and are also proper names, should be capitalized the same way that proper nouns are capitalized.

Positives, Comparatives, Superlatives.   These refer to the degree or level of the adjective, or are used to compare adjectives.

In addition to degree or level, comparatives are used to compare two things.

Scott is nicer than Richard.

In addition to degree or level, superlatives are used to compare three or more things.

Scott is the smartest person in the school. 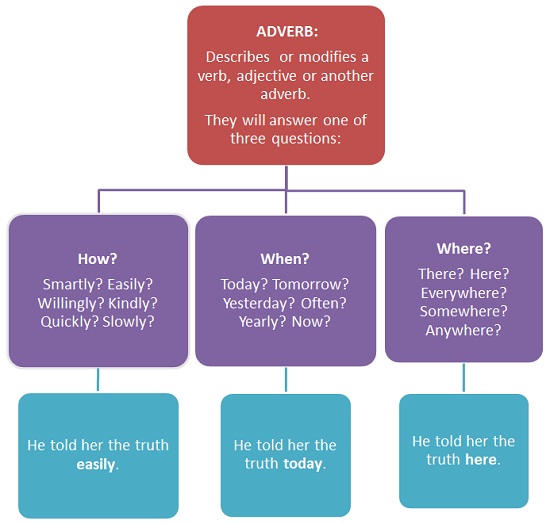 Adverbs modify or describe verbs, adjectives, or another adverb.

Adjectives modify or describe nouns as well as pronouns!

Adverbs answer the question, "How?"

Good versus Well. Good is an adjective; well is an adverb.

She did a good job (good is the adjective describing the noun job).

She did well on the job. (well describes or answers the question, "How?" How did she do on the job? "Well.") 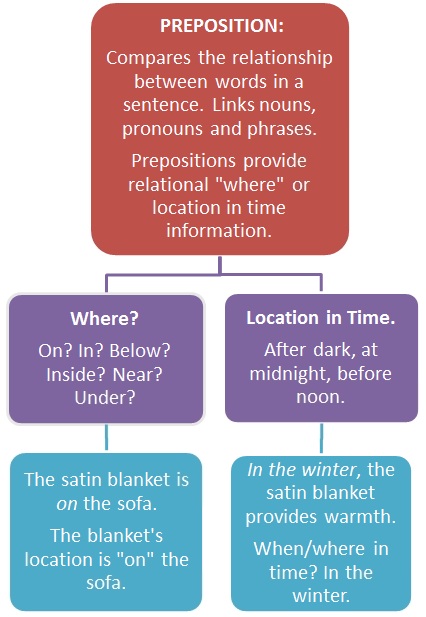 The prepositions off, in, and to, are the most frequently used words in the English language.

There is a list of prepositions. There are approximately 150 prepositions in the English language. However, the prepositions used most frequently are as follows:

About, below, excepting, off, toward, above, beneath, for, on, under, across, beside(s), from, onto, underneath, after, between, in, out, until, against, beyond, in front of, outside, up, along, but, inside, over, upon, among, by, in spite of, past, up to, around, concerning, instead of, regarding, with, at, despite, into, since, within, because of, down, like, through, without, before, during, near, throughout, with regard to, behind, except, of, to, with respect to. 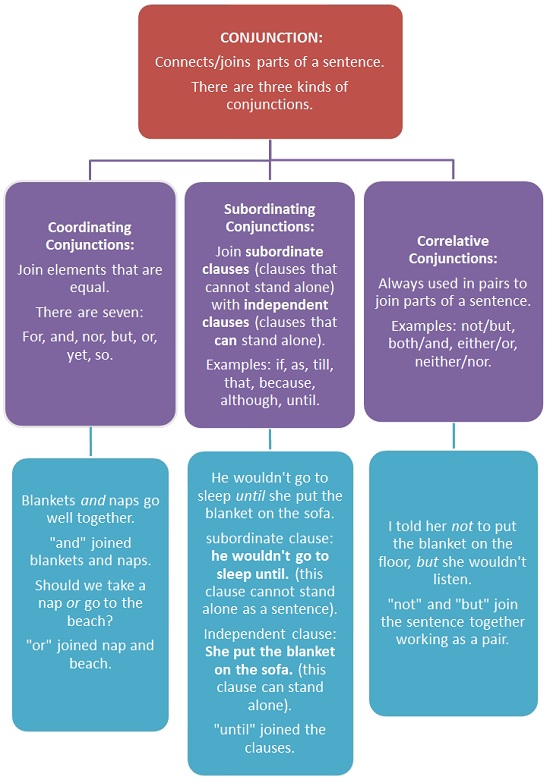 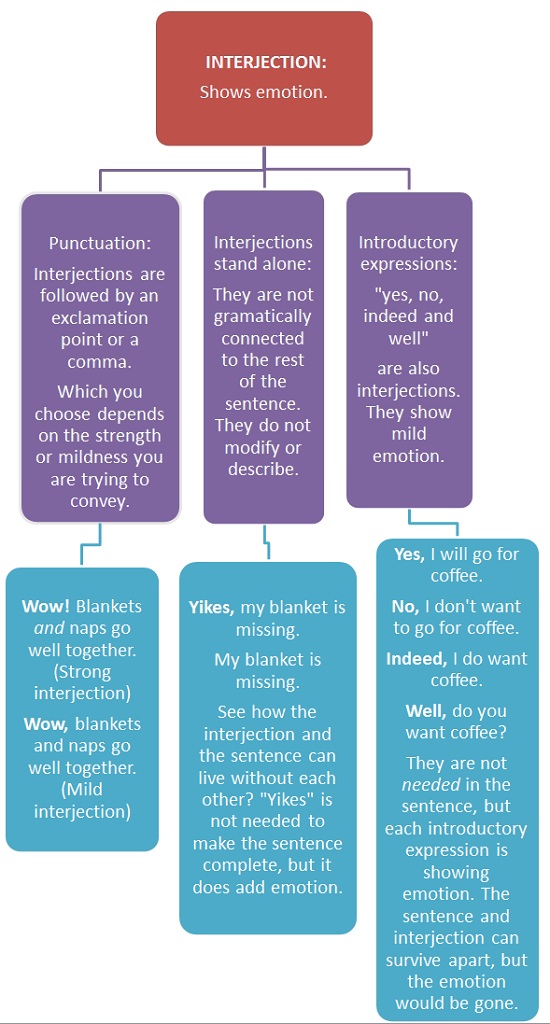 Can you believe,oh boy , that it's raining again?

The baby pulled my hair, ouch!

Interjections are like pepper; they spice up sentences and add mild or strong emotion to the overall meaning.

This first lesson will provide an overview and set a guide for this course. 1 Total Points

The definitions and examples of a subject and predicate. 63 Total Points

This lesson defines nouns and the different forms of pronouns. 58 Total Points

This lesson discusses the three main tenses of verbs and their sub-categories. 57 Total Points

Phrases are sections or part of a sentence that impart additional information but don't contain both a subject and verb. 34 Total Points

The clause is a more complete group of words than a phrase. 12 Total Points

Lesson 9: Review the Mechanics of a Sentence

Lesson 10: The Role of Modifiers

Here we discuss how sentence meaning can be misconstrued with simple word misplacement and how to fix it. 37 Total Points

This lesson is a basic introduction for capitalization. 20 Total Points

This lesson is an introduction to basic punctuation. 26 Total Points

This lesson will provide a guide of frequently misspelled words as well as a spelling guide strategy list. 20 Total Points

This lesson will discuss the powerful role of words in a sentence and the frequent errors that tend to occur. 0 Total Points