In addition to eating plants and bugs found in the wilderness, you can also catch, prepare, and eat fish, crustaceans, and birds. It is important to properly prepare any food sources you find in nature to avoid making yourself ill.

Crustaceans include lobster, crab, shrimp, prawns, crayfish, and fish. They are found in fresh water, as well as salt water environments. They are edible. However, freshwater crustaceans are known to carry parasites, so it is critical that you cook them properly before eating them.

You should not eat mollusks between April and October. These are warmer months. During the warmer months, mollusks accumulate poisons that can make you ill. You should also avoid any kind of shellfish that is not covered by the water at high tide.

In a survival situation, fish can provide excellent nutrition. They can also be an endless source of food if you are near a river, stream, or lake that as an abundance of fish life. The best time to fish is before dawn or after dusk. The best place to find freshwater fish will be close to banks, as well as in shallow water if you are fishing in the morning or evening.

The best place to catch saltwater fish is in tidal channels. You can use fishing line and a hook. If you are in shallow water, you can fish with a hook and line, as well as a spear. Since saltwater fish can be poisonous, do not fish in water that is abnormally colored. This indicates a red tide. Fish in a red tide contain poison. What is more, do not fish in saltwater lagoons or areas with coral reefs.

Types of Fish to Avoid

While there are no poisonous freshwater fish, you do have to be careful when eating saltwater fish. For your health and safety, avoid consuming any saltwater fish that have boxed or round bodies, bony plates, bony spines, or shell-like skin. Poisonous saltwater fish typically have small, but parrot-like mouths, small gills, and small belly fins - if they have belly find at all. Do not eat fish that have slimy bodies or weird odors. You should also avoid fish is the flesh remains indented after you press on it. Never eat fish organs.

The most obvious and effective way to catch fish is using tackle. If you have a fishing pole, line, and hooks, you should use these to catch fish. If you do not have access to this type of gear, you will have to improvise.

Catching fish barehanded is not always easy, but it can be done, especially in small streams that have undercut banks. To catch fish barehanded, put your hand in the water, then slowly reach under the bank. Move your hand as close to the bottom has possible. Let your arm move with the current. When you make contact with a fish, move the palm of your hand up its belly to its gills. Grasp it behind the gills, then pull it out of the water.

You can also use a spear to catch fish in shallow waters. To make a spear, sharpen one end of a long sapling until it has a barbed point. You can then use it to spear fish that are swimming in the water. To catch fish, lower your spear into the water before aiming for a fish. Move it slowly around so that the fish get used to it being there. Once you have speared a fish, hold it down against the bottom of the stream until you get your hand between the tip of your spear and the fish. It can be challenging to catch fish using a spear, but it can be done.

Chop fishing is a method that is best used to catch saltwater fish at night during low tide. It involves using the back of a machete or other handheld object to shock and stun fish in shallow water. You can then easy grab and remove them from the water.

Interested in learning more? Why not take an online Basic Wilderness Safety course?

A fish trap corrals fish into a cage. The opening of a fish trap is like a funnel. The narrow end of the funnel empties into the cage. Making a fish trap is not difficult. Simply place sticks in the mud to make a fence. The fence should be narrow enough so fish can swim in, but not out. In addition, the sticks should be placed fairly close together to help prevent escape.

Once you have created the cage part of the trap, use more sticks to create the entrance. Remember, this is like a funnel with the narrow end emptying into the cage. When you are finished, place bait inside the cage. Since trapping fish is illegal in many areas, this method should only be used in a survival situation.

You should only catch enough fish to eat. This is not to conserve the amount of fish in rivers, streams, or oceans. Instead, it is to prevent spoilage. Spoiled food of any kind can make you extremely ill. To prepare a fish to eat, first gut the fish by cutting its abdomen. Remove the intestines and large blood vessels that are next to the backbone. Remove the gills from the fish. You can also scale or skin the fish. To cook the fish, you can smoke it, sun dry or, or cook it in any way that you prefer.

Most birds are edible, as are bird eggs that you might find in a nest. You will find larger populations of birds at the edge of the forest. Whenever a clearing ends and a forest begins will make a good place to look for birds. You can also find them on the banks of bodies of water. You can use a baited hook or snares to catch birds. In addition, you can also use clubbing.

Catching birds using baited hooks is illegal almost everywhere. That said, you should only use this method if you are in a survival situation. To catch a bird using a baited hook, secure a piece of meat to a fish hook. Using your fishing pole, cast your line into an area where birds are foraging on the ground. Once the bird bites, give it time to swallow the hook, then reel it in.

The Ojibwa bird trap is an ancient trap. It has been used for centuries by the Ojibwa nation. You can make the trap yourself. Once you do, stick it in muddy or swampy areas, into the ground in a field, or in the snow. To make the trap, you need the following supplies:

To build the Ojibwa snare:

1.     Carve points on both ends of the pole. You will need to be able to stick one end into the ground. Birds need to be discouraged from landing on the other end.

3.     Tie a small bowline knot at one end of the snare line. To create the snare, pass the line through the loop.

6.     Thread the snare line through the hole in the pole using a twig.

7.     Tie two or three overhand knots in the line to create a fat knot. This should be done close to the snare noose. This knot, along with the twig, create the trigger.

8.     Lay the noose over the perch when the stopper knot as engaged the twig.

You should be aware that trapping and snaring birds in this manner may be illegal in your area. In a survival situation, you may have to put your life above anything else. However, if you wish to practice creating and using this type of snare, make sure you check into the laws and regulations first.

You can also catch birds to eat using clubbing or catching. However, these methods are more difficult. In fact, they are so difficult that they are usually not effective. It is best to use your energy on more effective methods.

The feathers should be plucked from any bird that you are going to eat. The only exception is if the bird is a scavenger or a seabird. In that case, you will need to skin the bird. With other kinds of birds, leaving the skin on helps to retain more nutrients as the bird is cooked.

To prepare a bird to eat, cut the neck off the bird. Cut close to the body. Next, cut open the chest, as well as the abdominal cavity, and remove the insides. You can save the next, heart, liver, and gizzard. These parts are also edible. You will just want to remove the stones from inside the gizzard.

Cook all birds thoroughly before eating them. Only seabirds can be eaten raw. Do not eat their intestines, though. Those can be used for bait. All scavenger birds should be cooked for at least 20 minutes in order to kill all parasites.

Staying Health and Safety in the Wilderness

Learning How to Navigate and Signal for Wilderness Safety

Treating Traumatic Injuries and Environmental Illnesses in the Wilderness

How to Track and Prepare Mammals for Food n Wilderness Safety 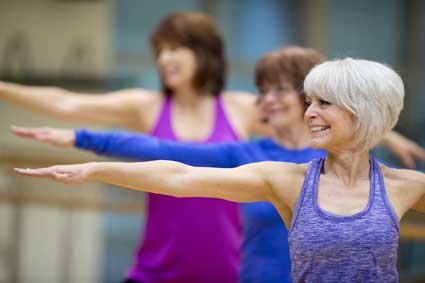 Nourishing with Plants, Fruits, and Bugs for Wilderness Safety