The environment and its related factors are always going to be something that is involved in disasters and DRR. The vast majority of disasters throughout the world originate with naturally occurring events tied to factors of the environment versus those that are man-made. The frequency of such natural and environmental disasters has been noticeably increasing, with members of government and scientific communities noting that weather-based disasters are almost a daily occurrence globally.1 Inclusion of the environment in calculating disaster risk and preparedness, as a result, is expected in DRR.

This article will explore the impact the environment has on disaster risk and DRR, both as the cause of disasters and as something that can be impacted by a disaster. Topics will include the connections between the two, the factors that may or may not be involved in a natural disaster, the potential impact of DRR on the environment, and the role both can have in a situation. Also discussed will be suggestions for what a community can do to avoid any kind of harmful effects being inflicted on the environment through DRR planning.

The Connection Between The Environment And Disasters

As mentioned above, the vast majority of disasters originate from naturally occurring phenomenon. In 2015, the United States faced 22 different types of natural disasters, including those that were hydrologically, climatologically, and meteorologically based.2 While that may not sound like a lot, that doesn't include the specific numbers for each type of disaster-hurricanes, earthquakes, floods, draughts, etc.-which is significantly higher. For example, the U.S. saw 971 tornadoes and 68,000 wildfires throughout all 50 states and its territories in 2016 alone.3 These events are often widespread in terms of the areas and populations that are affected and the time frame in which the damage occurs, which can make them especially devastating. In a report compiled by the National Weather Service (NWS), natural weather-based disasters caused 458 fatalities, 1276 injuries, and over $18 billion dollars in damage in the U.S. in 2016.4

It goes without saying that natural disasters are not isolated to a particular country like the U.S. Millions were affected by environmental disasters throughout the world in 2016, with China, Italy, and Ecuador facing some of the deadliest disasters in that year.5 This included catastrophic flooding, a record number of earthquakes, and one of the most devastating hurricanes-Hurricane Matthew-in recent history. It is estimated that the global cost of these environmental disasters totaled upwards of $175 billion, which is the highest it has been in four years.6 Based on recent events in August and September-Hurricanes Harvey and Irma in the U.S. and Caribbean, 8.2 and 7.1 magnitude earthquakes in Mexico-2017 is expected to be just as devastating for environmental disasters in terms of damage and financial cost.7 All of this is significant cause for concern and contributes to the need to address the connection of the environment and disaster risk.

While many disasters are instigated or worsened by environmental phenomenon, the environment can also be impacted by disasters just as easily as people can. The ecosystems that are impacted by disasters, both naturally occurring and man-made, are rather resilient and are often able to recover on their own.8 However, that often takes time and there is the possibility of additional disasters striking those ecosystems as they heal, causing further damage and delaying recovery. Simply because people are not directly impacted by a disaster does not mean that the impact on the environment and on ecosystems is not cause for concern. The environment is a resource for food and medicine, and is often used as a means of shelter and natural protection from other threats. Many of the ecosystems along coast lines, for example, act as buffers for disasters like hurricanes and can reduce the impact they have further inland.9 Damage to those ecosystems puts those that rely on them at a disadvantage, possibly for a long time as the environment recovers and faces damage from other disasters.
Environmental Factors In A Disaster

Climate Change-For many years, climate change has been viewed as a complex and highly debated subject. There are many people who refuse to acknowledge that it is even real, despite evidence supporting it and the majority of the scientific community (97%) agreeing that it is tied to human activities.10 It is defined as changes in global and regional climates that impacts things such as atmospheric processes like temperature and carbon dioxide levels.11 Climate change (a.k.a. global warming) is basically the name given to the altering of earth's environmental cycle and weather that has occurred over the last century or so. It is considered a major factor with disasters and the environment as research has shown that it impacts the formation and intensity of natural phenomenon, explaining why storms have become stronger and more frequent in recent years.12 This is expected to continue, which is why it is so important to consider climate change and its effects in any kind of disaster preparedness efforts.

Frequency of Occurrence-How often an environmental disaster occurs can often be a significant factor for DRR. Some types of disasters, like volcanic eruptions, occur much more infrequently than, say, tropical storms. This means that there is often more opportunities available for DRR to be put into action for some disasters versus others, which can impact its effectiveness and the preparedness of those who may be affected. People who've actually experienced a disaster often know what will or won't work in the situation. That addition of experience to practical knowledge can help with decision making and prevent potentially harmful errors from being made. There may also be less attention paid towards some of those disasters that are not as frequent if there are longer gaps between events. In a sense, it's like people become rusty in regards to their knowledge and ability to respond to those disasters because of their occurrence.

Location-Technically, disasters can happen anywhere regardless of location, but there are certain areas that are simply more prone to certain types of disasters. Earthquakes, for example, are more common in areas that are on top of or close to fault lines and the edges of moving tectonic plates. This is also the case for volcanoes, which are produced in those same areas as magma from under the earth's crust rises out of the fissures created by those plates.14 The risk for one of those environmental disasters, as a result, is significantly higher in those areas. However, it does not mean that those kinds of disasters can only happen in very specific areas. Experts suggest that other factors, such as those listed here, can cause environmental disasters to occur in uncommon places. In the U.S., earthquakes are commonly associated with the west coast despite there being historical instances of earthquakes along the central and eastern parts of the country.15

Other Disasters-Many environmental disasters, due to their destructive nature, are capable of triggering other environmental disasters. Water-based secondary disasters are fairly common; flooding, for example, often accompanies disasters like hurricanes and tropical storms, which cause storm surges that bring large quantities of water onto normally dry land. Underwater earthquakes, volcanic eruptions, and landslides can cause tsunamis, massive tidal waves that unleash large swaths of destruction once they reach land.16 The list can go on and on, and it is important for the possibility of a disaster to bring about a second or third disastrous event to be factored into DRR actions. Damage caused by these secondary and tertiary events can sometimes be far worse than the primary disaster that triggered them.

Can DRR Impact The Environment?

The impact that DRR can have on the environment often depends on what precautionary and preparatory actions are taken by a community. For example, removing undergrowth and groundcover to help prevent the progression of forest fires has been linked to soil erosion, which can cause disasters like landslides and mudslides. It can also increase the severity of a forest fire, as any action taken to thin a forest (e.g. logging) actually increases the amount of burnable fuel in the ecosystem and removes natural fire dampeners present in the undergrowth.17 The natural protections in an ecosystem provided by the environment cannot do their job if they are removed or altered. While such practices may be helpful for prevention, they do far more harm than good when a disaster does happen.
DRR can also have a negative environmental impact when it is mishandled or when environmental management practices associated with it are mishandled. Efforts to control or manage natural environmental features can disrupt how those features respond to disasters.18 Bodies of water often have natural flood plains, areas in which excess water spills over when levels increase. The use of dams, dykes, and levees often block access to these natural flood plains, which means levels will continue to rise without natural relief. They can then spill over into areas where they are not supposed to and where there isn't any preparations if there isn't any controlled releases made to reduce the levels back to safety. Mismanagement can also happen should those structures not be properly cared for and maintained, which is what occurred in 2005 with Hurricane Katrina-the levees that failed were in such poor condition that they could not handle levels below what they were originally designed for.19

How To Avoid A Harmful Environmental Impact In DRR

Actions taken to prevent any kind of harmful impact from DRR, environmental or otherwise, often require simple care and a comprehensive approach. Being aware of what is present in an environment and what actions are being taken often helps prevent any inadvertent harm from being inflicted. Too many people will only look at the things in an environment that can pose a threat during a disaster, or assume that certain things are going to be a threat. This causes them to ignore the possibility that there are some things in their environment that can provide natural protection. Natural barriers against disasters like storms are present everywhere: trees and forests, for example, help with excess water, prevent erosion, stabilize earth, and block wind.20 Despite this, some people will actively remove trees for fear that they will cause damage to their homes during a disaster where they may actually be helpful.

One of the other common means of avoiding harmful environmental impacts through DRR is with continued education and revision of plans. Things change over time and new information is discovered and released to the public. What might have been acceptable fifteen or twenty years ago might be determined to be the cause of some kind of issue present today. Even what worked fifteen or twenty years ago might not be very effective now because of changes in the environment, and may now have a completely different effect when put into use. Adapting any DRR-generated plans to new information and research can not only help make those plans more effective, but it can also prevent any accidental harm towards the environment or towards others.

The Relationship Between Emergencies And Disaster Risk 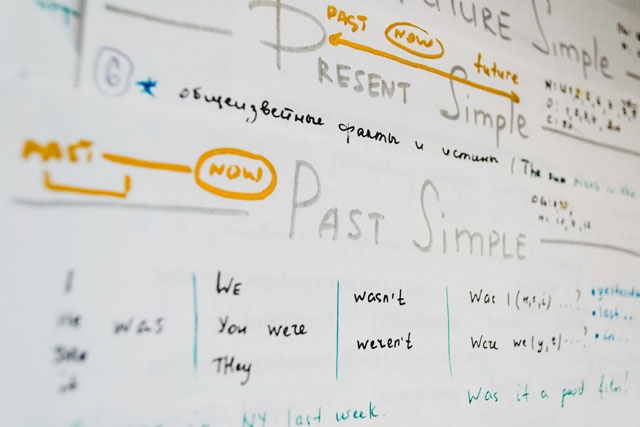 The Category of Geophysical Disasters in Disaster Risk Reduction